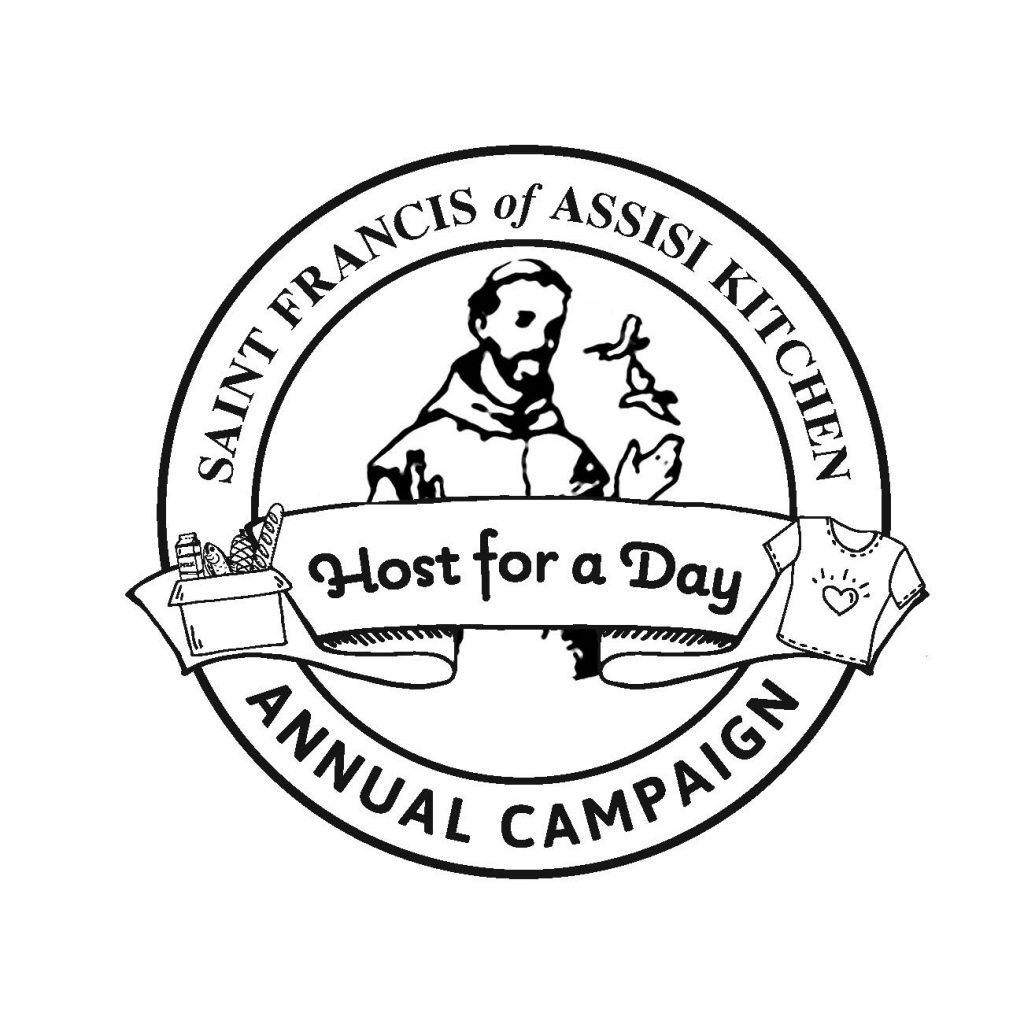 The Saint Francis of Assisi Kitchen in Scranton will mark the conclusion of its 2021 Host‑for‑a‑Day campaign with a Virtual Celebration highlighting the mission of the Kitchen and those who make it possible.

The Kitchen serves a free, hot, nutritious meal to approximately 250 men, women and children each day at lunchtime and three evenings a week. This has continued throughout the pandemic in a safe way via takeout containers.

The Host‑for‑a‑Day campaign is the primary source of financial support for these meals. For a donation of $100 or more, an individual, family, business, community organization or faith-based group can help to sponsor the day’s meal. In effect, each contributor becomes a “host” for a day.

Out of concern for the health and safety of benefactors and board members, the typical Appreciation Reception that concludes the campaign will not be held in a gathered way. Instead, the culmination of the campaign will be marked with a Virtual Celebration consisting of a brief pre-recorded program.

According to Michele Bannon, a member of the Kitchen’s Advisory Board who is chairing the campaign, this video will thank the donors to the campaign, and in particular it will recognize those dedicated volunteers who have continued to serve during the pandemic as well as the members of AFSCME Local Union 87 (American Federation of State, County and Municipal Employees) for their annual support organized by Eric Schubert in memory of his late father, Frank Schubert, who volunteered at the Kitchen.

The Virtual Celebration video will be presented on www.stfranciskitchen.org and www.facebook.com/stfranciskitchen. It will debut on Wednesday, April 28, at 6 p.m. and will remain online so it can be viewed any time after that.

Contributions to the Host‑for‑a‑Day campaign can be made by calling the Kitchen at 570-342‑5556, or sending a check to Saint Francis of Assisi Kitchen, 500 Penn Avenue, Scranton PA 18509. Donations can also be made online at: www.stfranciskitchen.org.

Those who would like to sponsor the Virtual Reception are asked to call the Kitchen at 570-342‑5556.