Home / About / About the Bishop 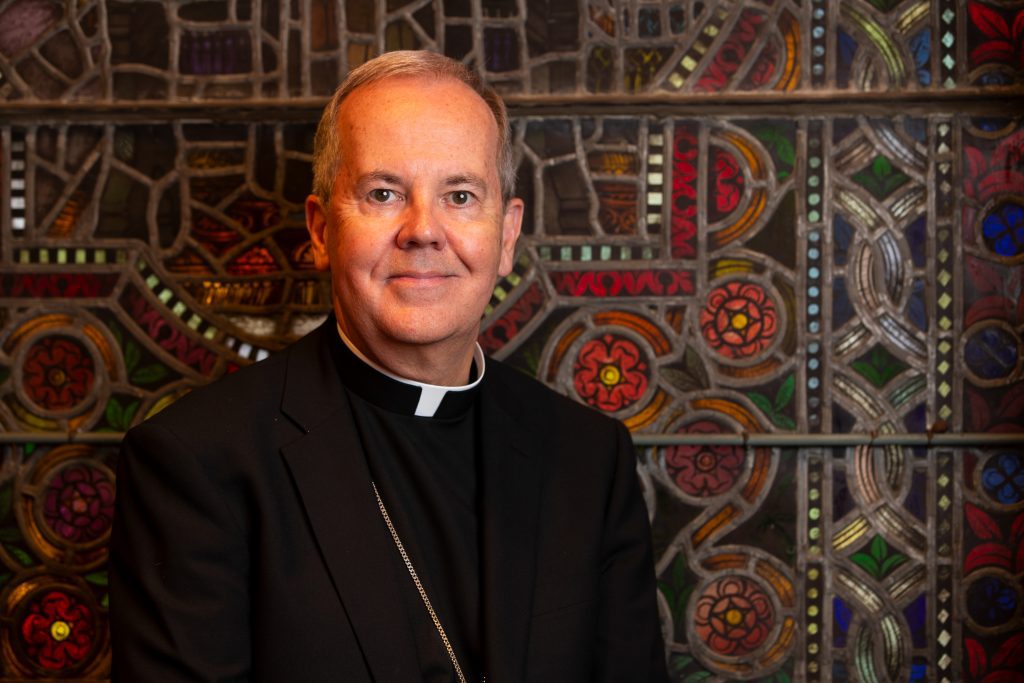 The Most Reverend Joseph C. Bambera was born in Carbondale, Pennsylvania, on March 21, 1956, the son of Irene Kucharski Bambera and the late Joseph Bambera.  Bishop Bambera has one sister, Mrs. Karen Hoffman, Stroudsburg, and a niece and a nephew.

In 1978, Bishop Bambera was accepted for studies for the priesthood for the Diocese of Scranton and entered Saint Pius X Seminary in Dalton in September of the same year.  During that time, he attended the University of Scranton, pursuing courses in theology and philosophy.  In 1979, Bishop Bambera continued his studies for priesthood at Mary Immaculate Seminary, Northampton, Pennsylvania, where he was awarded a Master of Divinity degree in 1982.  He was ordained to the Diaconate on May 14, 1983 by the Most Reverend J. Carroll McCormick and was ordained to the Priesthood on November 5, 1983 by the Most Reverend John J. O’Connor.

Bishop Bambera’s first priestly assignment was as Assistant Pastor of the Church of Saint Mary of the Assumption, Scranton.  He served in this position until September, 1987 when he was appointed Assistant Pastor of the Cathedral of Saint Peter, Scranton.  During the years in which he served as an Assistant Pastor, Bishop Bambera also served as an Auditor in the Tribunal of the Diocese of Scranton, Diocesan Spiritual Director of the Legion of Mary, Campus Minister at Lackawanna Junior College and Diocesan Director of Pilgrimages.

While serving in numerous Diocesan positions, Bishop Bambera was appointed Administrator and then Pastor of the Church of the Holy Name of Jesus, Scranton.  He served the parish from January, 1994 until July, 1997, at which time he assumed the role of Director of Formation at Saint Pius X Seminary, Dalton.

In June 2005 Bishop Bambera was appointed by Bishop Martino to serve as an Episcopal Vicar for the Central Region of the Diocese of Scranton, a position that he maintained for two years.

Bishop Bambera was made a Prelate of Honor by His Holiness, Pope John Paul II in March, 1997.

Bishop Bambera was awarded an Honorary Doctorate by King’s College, Misericordia University and the University of Scranton.

Bishop Bambera’s service to the national Church through the United States Conference of Catholic Bishops included: