Northeastern and north-central Pennsylvania was originally considered a missionary outpost of the Diocese of Philadelphia during the 18th and 19th centuries. The Catholic faithful were scattered throughout the area, yet all desired to have access to the sacraments. Missionary bishops from the Diocese of Philadelphia (among whom was the future Saint John Neumann) and the first residential priests would make the sacraments available three or four times a year to Catholics who lived in those assigned regions.
From seeds planted in 1793 when the first Catholic services were held in a small chapel in French Azilum, the French refugee colony in Bradford County, to the building in 1825 of a church (Saint Augustine) and cemetery in Silver Lake, Susquehanna County, the roots of faith began to grow. 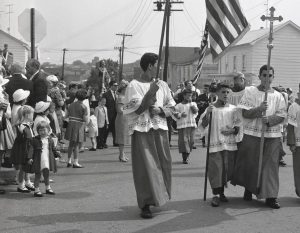 Throughout the mid-1800s, parishes would become more formally established as German and Irish immigrants were also settling in the area, prior to the 1868 creation of the Diocese of Scranton. In the following years, Polish, Slovak, Italian, and other ethnic groups would grow in numbers, necessitating formation of “national” parishes based on language needs.

In addition to shared heritage, the evolving local industries shaped the lives of Catholics who engaged in trades such as mining, railroading, farming, lumber and canal building.
Pope Pius IX realized that the Catholic community in the northeast corner of Pennsylvania was steadily growing and made the decision to separate Bradford, Luzerne, Lycoming, Monroe, Pike, Sullivan, Susquehanna, Tioga, Wayne and Wyoming counties from the oversight of Philadelphia.

The Diocese of Scranton was officially formed on March 3, 1868, when the Pope signed a decree to separate these 10 counties from the Archdiocese of Philadelphia into their own Diocese. Lackawanna County was formed 10 years later when carved from what was previously a larger Luzerne County, bringing the Diocese of Scranton to its current number of 11 counties.

As demographics have shifted, the concept of “parish” has evolved from a focus on structures to an emphasis on communities that embrace people of diverse ethnicity and culture. There are now 120 parishes that serve the People of God in the Diocese.

A vital mission of the Catholic Church has been the teaching of the faith to our young people. Providing them with the academic and moral fiber to lead value-centered lives has been a hallmark of the Diocese since its earliest days to the modern regional school systems of today. The arrival of various religious orders of women, as requested by our Bishops and supported by the growing number of parishes, was the foundation of Catholic schools in the region. There are currently 4 high schools and 15 elementary schools operated by the Diocese. In addition, a Catholic preparatory school and four Catholic colleges and universities are administered by religious orders.

Throughout its history, the Diocese has responded to the needs of the region through social service agencies, soup kitchens and food pantries, health care facilities, recreational facilities and a variety of institutions that have served people of all ages.

The Bishops who have been shepherds of the Diocese, along with the many clergy, religious, and laypersons who make up this local Church, have ensured that the Catholic faith has been learned, nurtured and lived for 150 years, and is poised to flourish well into the future. 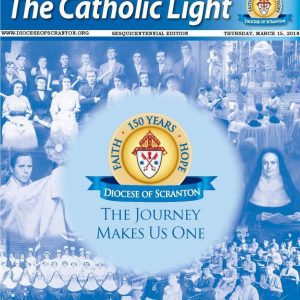 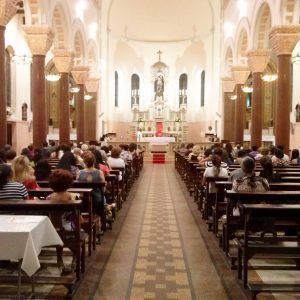 (Regions of the Diocese)