Conversations with the Called

Home / Diocese of Scranton News / 2020 News / Conversations with the Called

CTV: Catholic Television recently interviewed the three men who will be ordained to the priesthood this weekend in the Diocese of Scranton. We invite you to view the 30-minute program.

Bishop Joseph C. Bambera will serve as ordaining prelate when three men are ordained to the sacred priesthood for service
in the Diocese of Scranton on Saturday, June 27, at 10 a.m. in the Cathedral of Saint Peter.

CTV: Catholic Television of the Diocese of Scranton will broadcast the ordination ceremony live.

The Sacrament of Holy Orders will be conferred on the three native sons of the Diocese, who were ordained transitional deacons a year ago to take their final step toward priestly ordination. 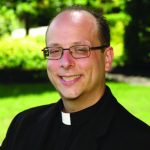 The ordinandi include: Rev. Mr. Jonathan P. Kuhar, 36, of Mountain Top, son of Joan Kuhar and the late Gerald Kuhar. He is a member of Saint Jude Parish in Mountain Top. 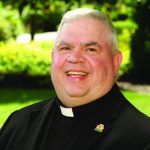 Rev. Mr. Kevin M. Miller, 55, of Wilkes-Barre, son of Maureen Miller, Laurel Lakes, and the late Ronald Miller. He is a member of Saint Nicholas Parish in Wilkes-Barre. 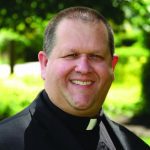 Rev. Mr. Shawn M . Simchock, 44, of Hazleton, son of the late William and Janet Simchock. He is a member of Queen of Heaven Parish in Hazleton.

Deacon Kuhar completed his preparatory studies for the priesthood at Saint Mary’s Seminary and  University in Baltimore, Md.