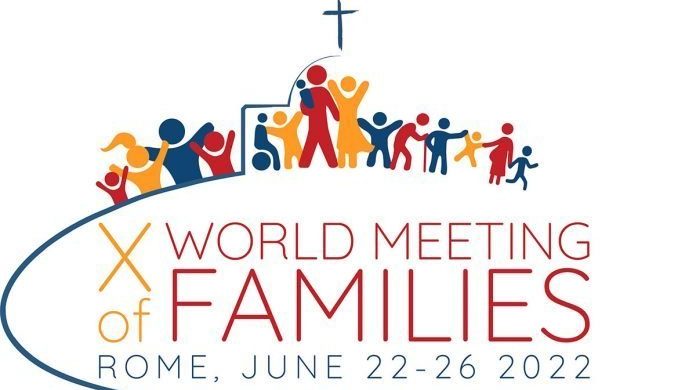 World Meeting of Families opens June 22 in Rome and online

VATICAN CITY (CNS) – The COVID-19 pandemic not only caused a one-year delay in holding the World Meeting of Families, it also prompted a look at new ways to involve Catholic families from around the world and to ensure that they take the lead in ministering to each other.

Gabriella Gambino, undersecretary of the Dicastery for Laity, the Family and Life, presided over a news conference at the Vatican May 31 to present the final program for the gathering June 22-26 online and in Rome.

Instead of including academic theological conferences, she said, the 2022 version of the World Meeting of Families will feature moments of “encounter, listening and discussion” among those engaged in pastoral work with couples and families.

And, she said, the lead will be taken by families from around the world who are working with priests and bishops to promote healthy marriages and strong families and to assist those in difficulty.

The congress, which will be livestreamed and translated into English, Spanish, French, Portuguese and Italian as well as Italian sign language and English sign language, will cover topics ranging from promoting collaboration between priests and married couples to accompanying couples in their first year of marriage. Difficult topics like forgiveness and healing after a betrayal or helping families dealing with addiction also will be part of the agenda, Gambino said.

Asked by a reporter if same-sex couples would be welcome at the meeting, she responded that in the church’s pastoral outreach, “the idea is to promote a process of welcome, accompaniment and discernment” that helps every Catholic move toward what the world meeting’s theme professes, “Family Love: A Vocation and a Path to Holiness.”

In total, she said, there will be some 30 panels with a total of 62 speakers — only three of whom are priests. Most are married couples; they come from 17 countries and are involved in outreach to families through their parish, diocese, bishops’ conference or movement.

About 2,000 official delegates from 120 nations will attend the Rome meeting, representing bishops’ conferences and international Catholic movements and organizations. About 75% of the delegates are laypeople, while the others are bishops or priests in charge of marriage and family offices or committees.

The event will kick off June 22 with the “Festival of Families,” an event that previously was held on the Saturday night before the world meeting ended. In addition to prayer and music, the festival will feature the testimonies of five families talking about: the call to sacramental marriage, the call to holiness, the call to forgiveness, the call to welcome and the call to fraternity.