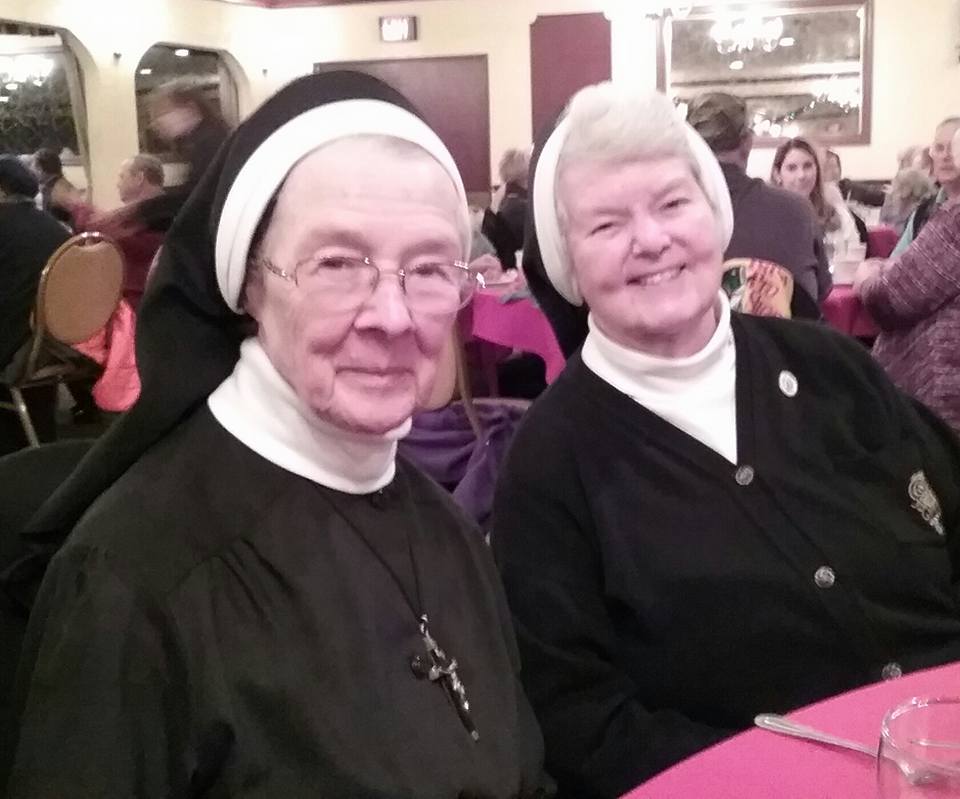 WILKES-BARRE — On a cold night in March, parishioners of Saint Mary Byzantine Parish in Wilkes-Barre bid a virtual farewell on Facebook to Sister Theodosia Alishoski, OSBM, who had served in the parish for 27 years. She was the last Sister of Saint Basil to serve in the geographical confines of the Diocese of Scranton. Her companion in ministry at Saint Mary’s, Sister Regina Adams, OSBM, had died unexpectedly the month before.

The Order of the Sisters of Saint Basil the Great, Our Lady of Perpetual Help Province, Uniontown, had ministered to the faithful of the Scranton Diocese for almost 100 years.

Founded as a new province on Jan. 19, 1921, the Feast of Theophany, three Basilian sisters moved from Philadelphia to serve the pressing needs of the newly arrived Ruthenian-Carpatho Byzantine Catholics who had arrived in the Cleveland area. Because of the pandemic of 1918, there were many orphans, and the sisters set to work caring for them and forming many young women who came to join the community.

Under the leadership of Mother Macrina, a new branch of the Sisters of Saint Basil the Great was formed. In June 1923, all the Sisters were transferred 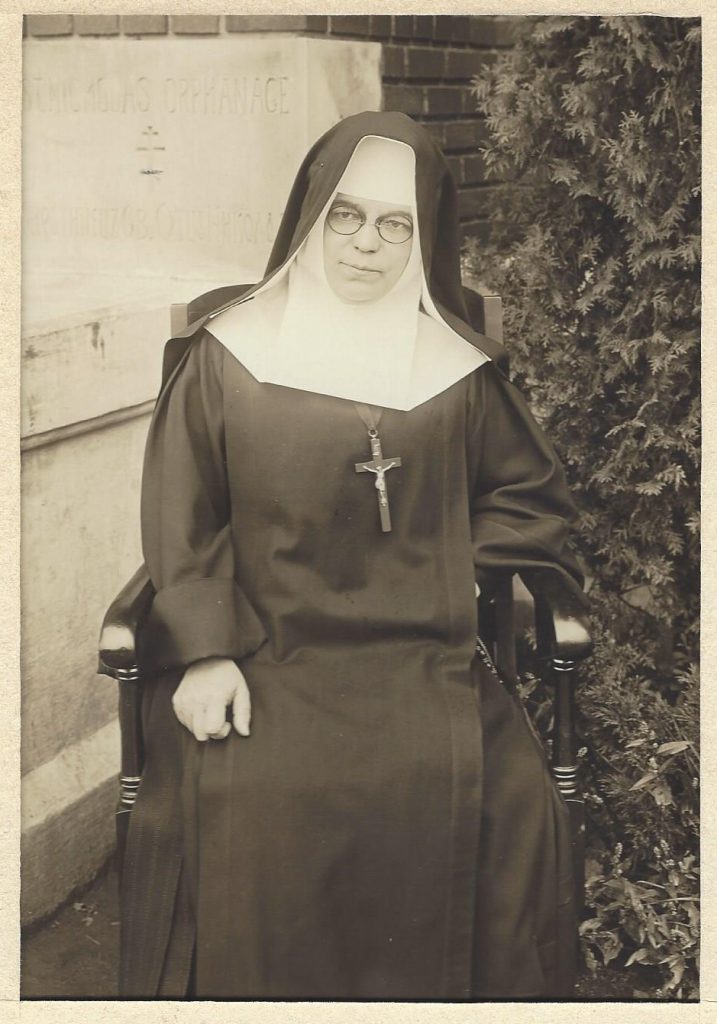 to the Saint Nicholas Orphanage built by the Greek Catholic Union in Elmhurst, Lackawanna County, to care for the parentless Carpatho-Ruthenian children orphaned by the pandemic and many mining accidents. A portion of the building also housed the new community of sisters.

Later, to accommodate their growing numbers, the sisters moved to a larger facility in Factoryville. Finally they acquired an extensive property and established their Motherhouse at Uniontown. (Excerpted from the Golden Jubilee Commemorative Book for Holy Ghost, Cleveland, Ohio, 1959)

The young community of Basilian sisters was prayerful and hardworking, chanting the Divine Office every day of their lives. They oversaw the farm at Saint Nicholas Orphanage and cared for the many orphans entrusted to them. Finances were always a struggle, but they were fearless and focused women who seemed immune to adversity. At one point they lost all of their hard-earned, carefully saved money in a bank foreclosure.

A Scranton Tribune article from May 3, 1917, recounted the sisters’ focus on their mission at Saint Nicholas. The writer visited them and commiserated with the sisters over the loss of their money, but noted that they seemed unconcerned, believing that Providence would care for them. Their only concern was to obtain a college scholarship for one of their very bright orphans.

Through the years, the sisters did whatever was needed to support the growing Byzantine Catholic population. They became teachers to spread the faith, pastoral ministers to tend to the spiritual needs of the people, and liturgical musicians at the service of beautiful Byzantine liturgies; they took up ecclesiastical arts, iconography and the sewing of vestments and liturgical items. They became meticulous translators of the Old Slavonic prayers into English, and published many liturgical books. They were the custodians of the spiritual and cultural legacy of the growing Byzantine Church in the United States. 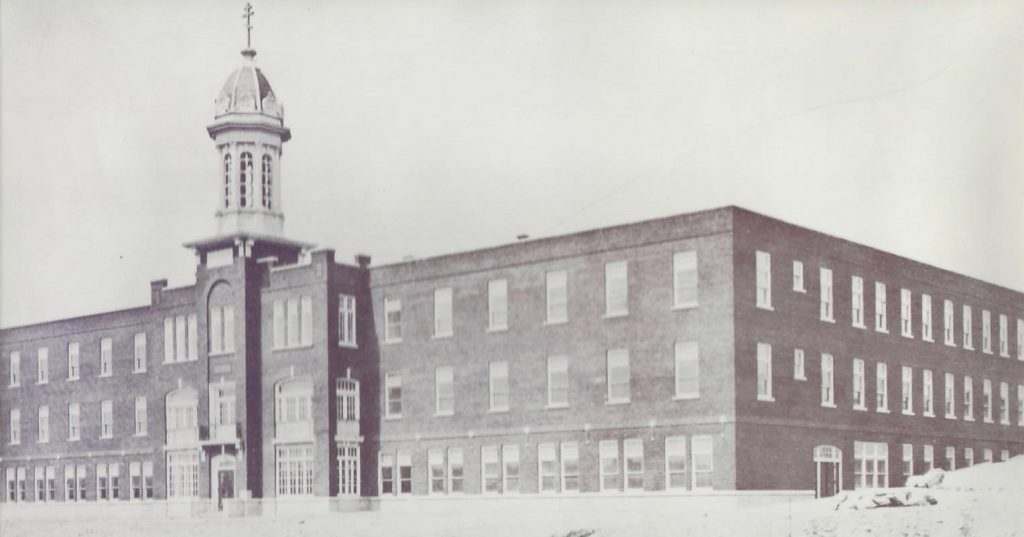 Much of their work and artistry is still in evidence in the Byzantine Catholic churches in the Scranton area. Lastly, the sisters began the Pilgrimage of Thanksgiving to the Shrine of the Our Lady of Perpetual Help. Since 1934, hundreds of Byzantine Catholics gather annually on the grounds of Mount Macrina, their Motherhouse, on Labor Day weekend to pray for their needs and celebrate their heritage. The Pilgrimage has become a major ministry of the sisters. This yearly event is credited with helping to unify the Byzantine Catholic churches in America.

As the needs presented themselves, the sisters were called forth to newly formed Byzantine Catholic parishes and schools that sprang up in the coal towns of eastern Pennsylvania. Many vocations came to the community from the parishes located in the Scranton Diocese. The sisters often took charge of schools founded by lay parishioners and built up the pastoral and educational ministries. They were industrious, talented and capable women, and their students thrived under their creative and innovative education and kept the faith of their ancestors.

As the population of the schools began to dwindle in the 1960s, a smaller group of sisters would often stay behind in the parishes to help with catechetical, pastoral and youth ministries — as did Sister Theodosia and Sister Regina at Saint Mary’s in Wilkes-Barre.

The faith-filled legacy of the Sisters of Saint Basil remains in the hearts of their students, many of whom remained lifelong members of their parishes,

as the sisters staffed the small schools established in mining areas like Freeland, Pittston, Hazleton, Wilkes-Barre and Jessup. Some senior citizens may remember their early days at Saint Nicholas Orphanage in Elmhurst; some may even remember the fire that totally destroyed the barn on the orphanage farm. Many others may be grateful for the wonderful education and skills they received from industrious teachers whose commitment and hard work helped raise them out of poverty.

Today, in the borough of Jessup, stands LaSalle Academy — the result of a merged effort combining ten local parishes to provide Catholic education for their children. One school, Holy Ghost, was originally staffed by the Sisters of Saint Basil and became part of that merger; its building, plus an addition, houses grades three to eight. The process of this merger honors the legacy of the Byzantine Catholic Church and the sisters who formed the previous school and lived in the building. It allows the traditions of the Byzantine Catholic Church to be preserved for the students. Today, LaSalle Academy has the distinction of being the only bi-ritual (both Roman and Byzantine Catholic) in the country.

We extend our prayers of gratitude to the Sisters and honor them by our fidelity to the faith they taught us.