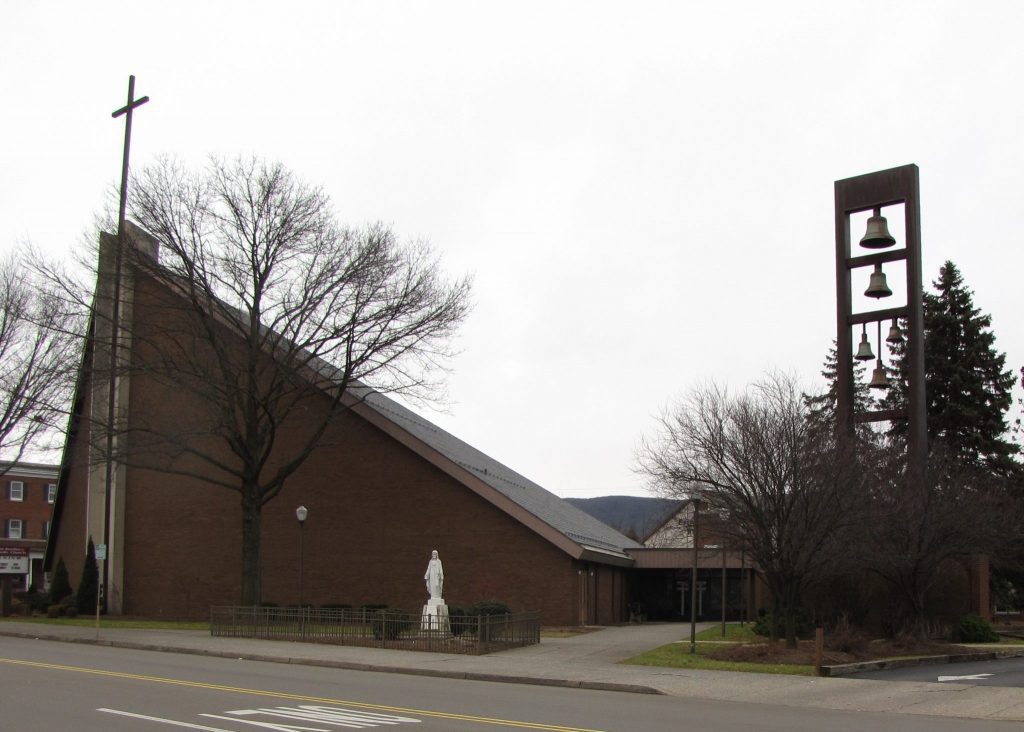 WILLIAMSPORT — After nearly three months of silent dormancy, the bells of Saint Boniface Church at 326 Washington Blvd. are ringing out welcomed tones once again, much to the delight of parishioners and the surrounding community alike.

The venerable bell system has been a treasured extension of the Williamsport parish of Saint Boniface since its founding nearly 150 years ago in 1875, and the Saint Boniface bells survived a fire that destroyed the original parish church in 1972.

“Our choice was to do repair work or shut them off,” Father Corcoran said. “During the pandemic, with reduced (church) attendance and a cautious spending approach, I was considering not repairing them for a period of time until we had clarity about the future.”

However, as the pastor noted, parishioners as well as non-parishioners felt very strongly about restoring the bells. “They loved the sound, especially from their nearby homes,” he remarked.

Father Corcoran explained that when the dilemma was put before the parish council, two parishioners came forward and offered to conduct a silent campaign for the $30,000 required for the restoration project. In a matter of weeks, the needed funds were raised through the generosity of 25 members of Saint Boniface and the community at large.

On Sunday, Oct. 31, the parish received an All Hallows Eve treat when Father Corcoran blessed and dedicated the refurbished church bells, followed by a special reception for those donors who made the joyous event possible.

Today, the Saint Boniface Church bells once again peal every quarter hour as a call to pause and pray, with their traditional chimes filling the local neighborhoods.

“To let (the bells) lay dormant would have been another defeat in the wake of COVID,” Father Corcoran concluded. “It was a great example of people’s desire to invest in the present and future of Saint Boniface and was truly a wonderful moment of community.”