SCRANTON – As pandemic restrictions continue to loosen, organizers of the Solemn Novena to Saint Ann are remaining cautious – but stress they will be ready to host the 97th annual spiritual pilgrimage in a much more traditional fashion this year.

“We’re going to be pretty close to 90-percent back to normal,” Very Rev. Passionist Father Richard Burke, rector of the Saint Ann Passionist Monastery and director of the Basilica of the National Shrine of Saint Ann, told The Catholic Light earlier this month.

Every mid-July for nearly a century, faithful followers of the venerated Saint are drawn by the thousands to the Catholic Church’s only national shrine and basilica church dedicated to the mother of the Blessed Virgin Mary and grandmother of Jesus – located high atop the hill on Saint Ann Street in Scranton’s West Side.

Devotees of “Good Saint Ann” will once again pilgrimage to their favorite destination next month beginning on Saturday, July 17, and continuing each day until the devotion’s faith-filled conclusion on the Feast of Saint Ann on Monday, July 26.

While planning for this year’s Novena has been – and continues to be – fluid, Father Burke says the traditional slate of daily Masses and Devotions will occur this year.

“We will have five services through the day in the traditional format that we’ve had,” Father Burke said. “We are reinstating the 7:30 p.m. Mass and 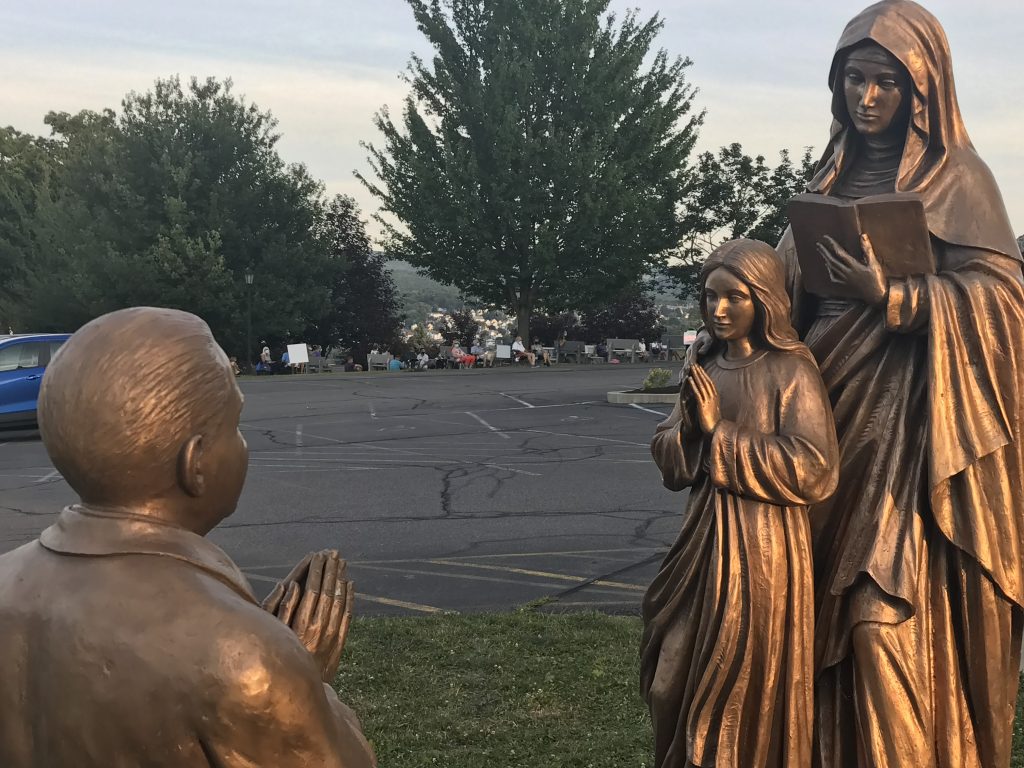 Novena. Last year, because of sanitizing efforts, we weren’t able to do both a 5:30 p.m. and 7:30 p.m. Mass because they were too close together.”

One change that will remain this year is that the large tents in the upper parking lot will not be used again.

“Most people are still hesitant about being in big crowds. To have 200 people under one tent is going to be a little bit too challenging,” Father Burke explained. “We’ll still have drive-in parking. They can bring a lawn chair with them and get out of the car and sit.”

“We have many benches under the portico and along the walkway and people can feel free to sit in all those places or bring a blanket and sit on the lawn if they want,” Father Burke added. 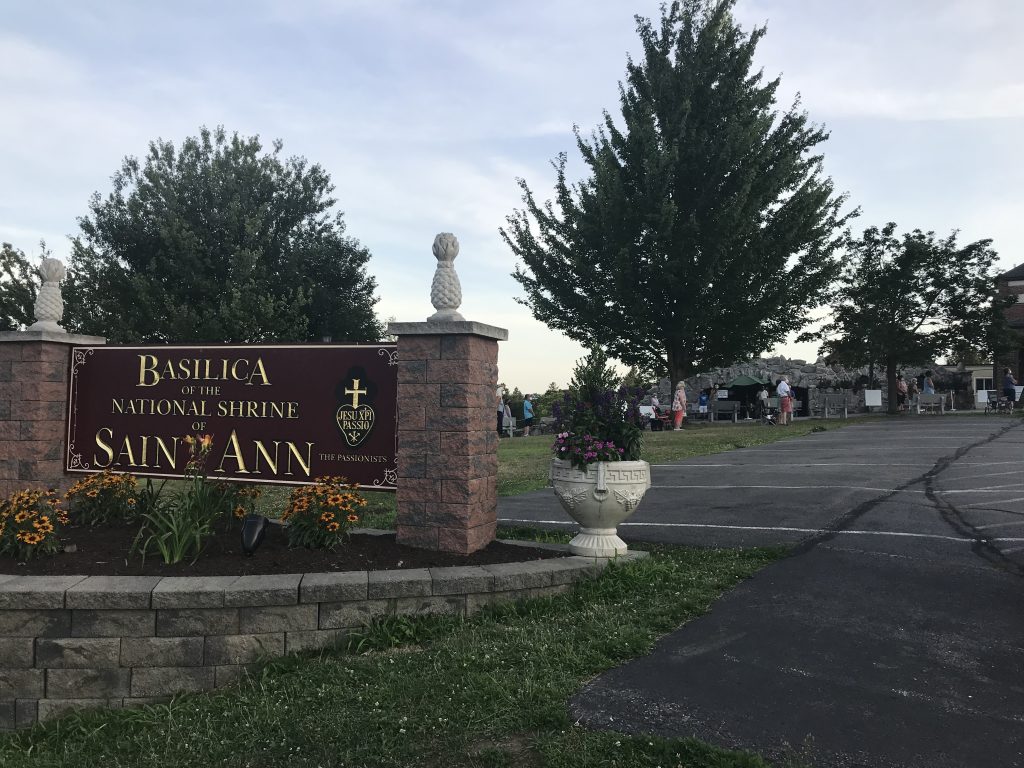 “The church is big enough that I encourage people to use common sense and not sit too close to one another. It’s big enough that you can have 600 or 700 people that are spaced out pretty well,” Father Burke said. “People are coming back in larger numbers on the weekends now and they’ve been spreading out and being careful.”

Confessions will be available before all Masses each day. The basilica is planning to have additional confessors this year and will offer the Sacrament for an hour before each Mass begins in the Lower Basilica.

“The Lower Basilica confessionals are large enough to have a decent distance between the penitent and the priest. The Upper Confessionals are a little boxy,” Father Burke admitted.

The Passionist superior is still working out some final details of how this year’s Solemn Novena will run – most notably how the blessing with the relic of Saint Ann will take place. He is hoping to return to individual blessings again this year, after only offering a general blessing last year, out of an abundance of caution. Further information will be forthcoming in the following weeks.

The Most Reverend Joseph C. Bambera, Bishop of Scranton, will celebrate the Solemn Closing of the Novena on the Feast Day of Saint Ann, July 26, at 7:30 p.m.

The Most Reverend Kurt Burnette, Bishop of the Byzantine Ruthenian Catholic Eparchy of Passaic, will also celebrate the Divine Liturgy on Tuesday, July 20, at 5:30 p.m. On that evening there will be no 7:30 p.m. Mass.

Sure to be appreciated by many, the traditional Saint Ann Novena food stand will be back open this year on Basilica grounds.

“The food stand will help especially with the kids,” Father Burke emphasized. “They enjoy being able to pray and then go down and get something to eat.”

Planning for the Solemn Novena requires a great deal of conversation, discussions and decisions.

“About two and a half, three months ago, we thought we were going to have to be limited the way we were last year. But then things developed over the last three months with vaccinations and the diminishment of the presence of the virus, illnesses and infections – to the point where we’re able to plan a little bit more vigorously for the traditional welcoming and traditional presence,” Father Burke said.

Father Burke recognizes that the Solemn Novena might be the first time some members of the faithful return to Mass since the pandemic started. As a result, he stresses this year’s pilgrimage is being planned with caution. For the last 15 months, he has personally stressed that anyone who is not comfortable returning to Mass can continue to pray at home.

For those who wish to participate remotely, livestreaming will occur on the Basilica of the National Shrine of Saint Ann’s website and broadcasts will be made available on CTV: Catholic Television of the Diocese of Scranton.