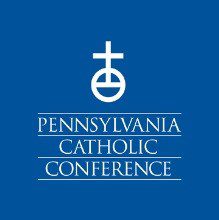 HARRISBURG — The Pennsylvania Catholic Conference today condemned a campaign by Planned Parenthood to encourage and facilitate abortion procedures in the home.  The pro-abortion group is looking to use telehealth visits to prescribe pills for pregnant women so they can get abortion pills through the mail.

PCC Executive Director Eric Failing says this is more than a life issue for the child but also for the mother as well. He says it’s a move that will endanger people’s lives– all in the pursuit of what has been labeled as “reproductive rights.”

“We obviously object to any move to make abortions easier and to remove channels which encourage a woman to think about the move she is making,” Failing said. “But we also are alarmed at the health risks that this is presenting. These pills have been known to result in death and severe hemorrhaging. What happens when a mother has an adverse reaction at home and can’t get medical help in time?”

The PCC worked with legislators last year to gain the passage of Senate Bill 857 on Telemedicine in a safe form that retains protections against dangerous drugs identified by the FDA, including the drugs used for abortions.

“Telemedicine promises to be a life-saving measure across Pennsylvania,” Failing said at the time and re-emphasized today.  “Using Telemedicine for abortions is a stated goal for Planned Parenthood because it can do more chemical abortions, with fewer doctors and less overhead costs.”

The issue of Telemedicine remains in play in the PA legislature after Governor Tom Wolf vetoed Senate Bill 857 last year because he wanted Telemedicine to be used for abortions.

The Pennsylvania Catholic Conference is based in Harrisburg and is the public affairs arm of PA’s Catholic bishops.