‘Living Way of the Cross’ from Nanticoke parish to be broadcast on CTV: Catholic Television

Home / 2021 News / ‘Living Way of the Cross’ from Nanticoke parish to be broadcast on CTV: Catholic Television 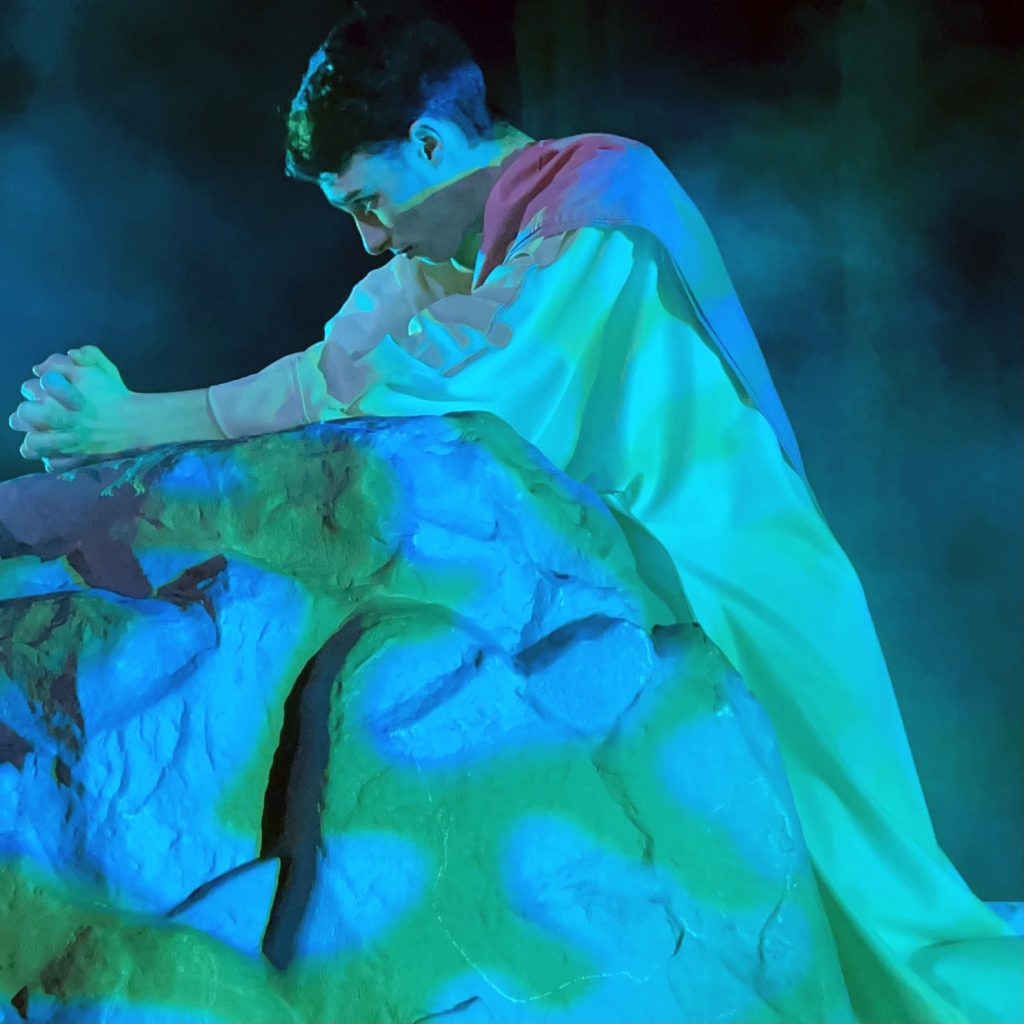 NANTICOKE – For more than a decade, performing the ‘Living Way of the Cross’ to a room filled with family, friends and parishioners has been a Lenten tradition for young adults at Saint Faustina Kowalska Parish. After last year’s performance was cancelled because of the COVID-19 pandemic, organizers were determined to bring it back this year.

The ‘Living Way of the Cross’ is a prayerful journey through the Passion, Death and Resurrection of Jesus Christ. It features members of the parish youth ministry program and would traditionally take place on Palm Sunday at the Saint Faustina Parish Cultural Center.

Because large crowds are still being discouraged and physical distancing is still a necessity, the parish has spent considerable time over the last few weeks recording scenes with individual students. The program is currently being edited together and will be shown on social media as well as CTV: Catholic Television of the Diocese of Scranton. 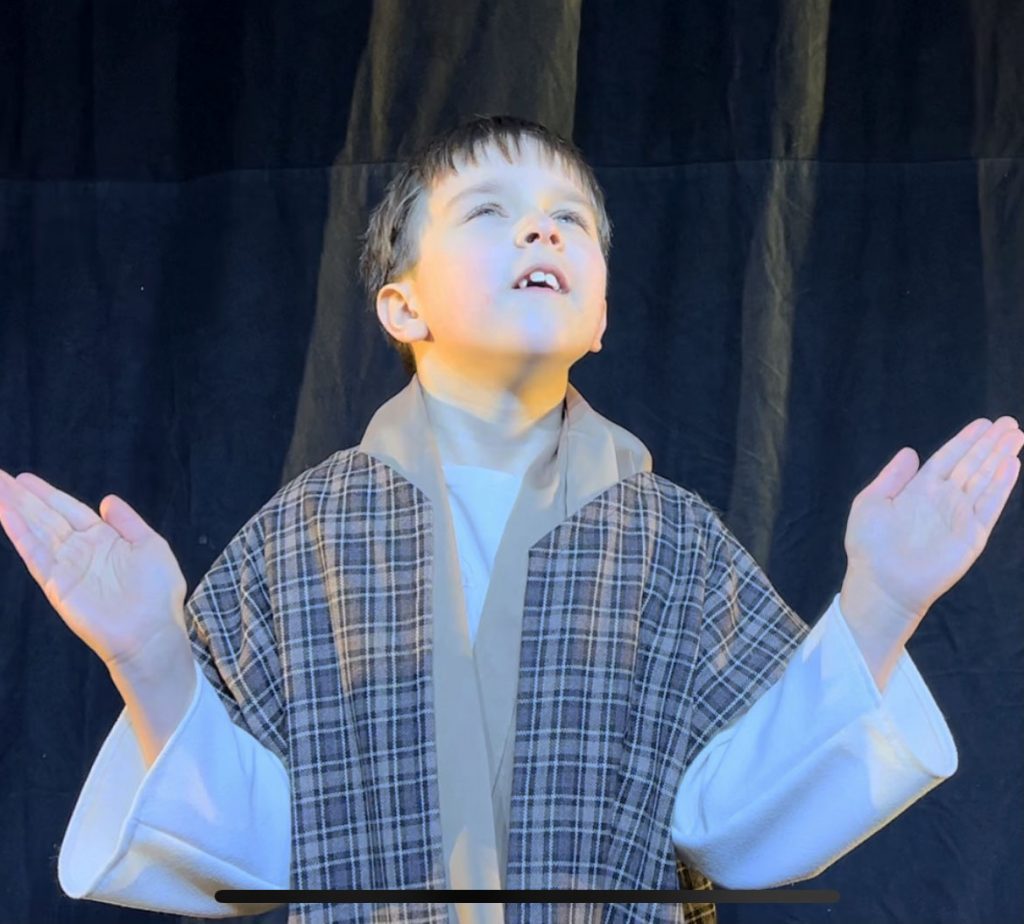 “It is a gift, a real gift,” Father James Nash, pastor, Saint Faustina Kowalska Parish, said. “It is very, very meaningful. I know our people are looking forward to it.”

Because this year’s production will not be a live presentation and all of the actors were filmed separately, except in a few places, that meant the entire script had to be entirely re-written.

“We had to change everything that we did so that everyone is safe,” Sandy Repak, Saint Faustina Kowalska Youth Ministry Director, said. “Our kids are amazing. They were very patient because it was one at a time.”

Deyonna Wood will be portraying Mary in this year’s production. While acknowledging that this year’s performance will be much different from past years, she is still excited to see how it all comes together.

“Everyone brings a different aspect of this play together. To see the different age groups come together and put this 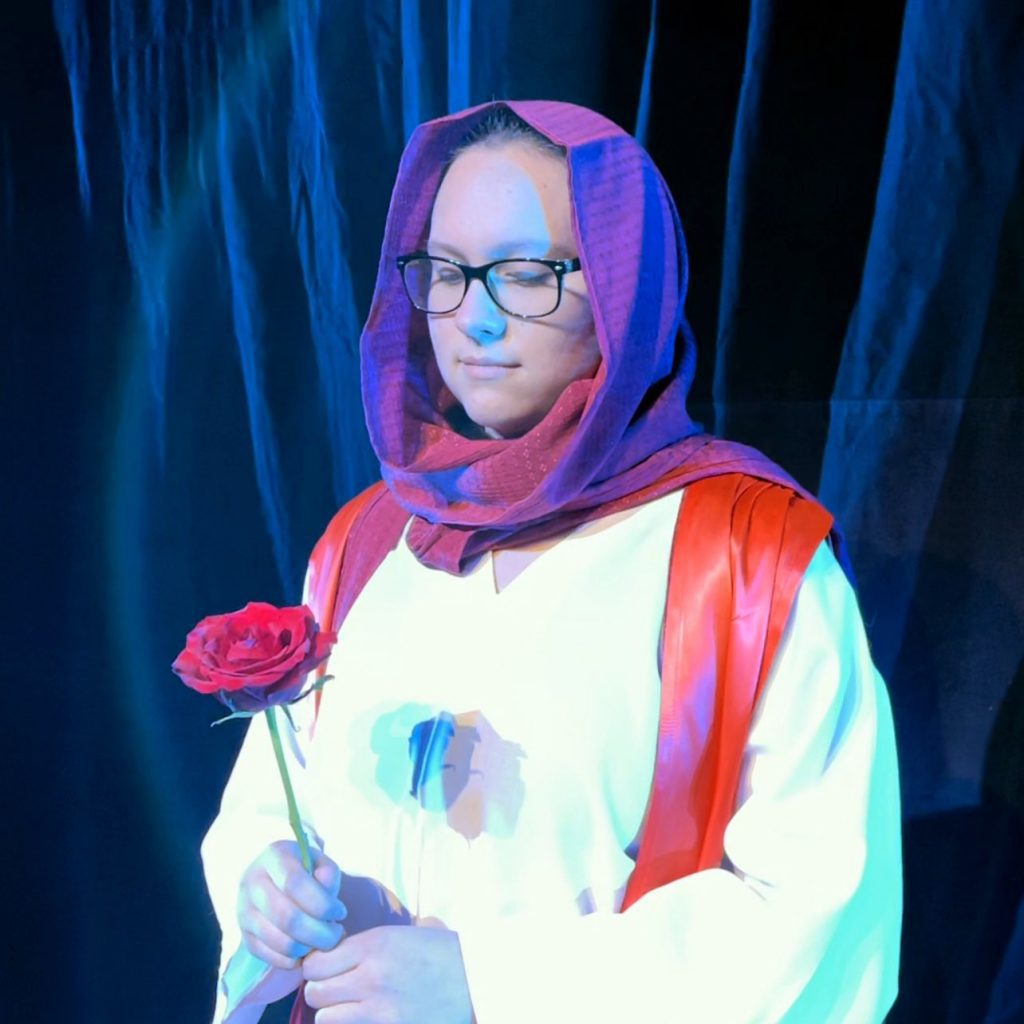 on as we do, I think they get really excited,” Wood said.

Bill Borysewicz who has been instrumental in coordinating the production and filming all of the scenes for the new version of the ‘Living Way of the Cross’ said he has been “proud beyond belief” at all of the young adults taking part.

“Nobody had scripts. I was feeding them what their lines are right there,” Borysewicz said. “I can’t express how proud I am.”

Father Nash says he always gets energized by the way young adults present the story of Jesus’ Passion, Death and Resurrection. He watched as nearly all of the actors filmed their individual roles.

“These young people are putting their heart and soul into it. They want to tell the story. They want the story to be appreciated and understood for what it is,” Father Nash explained. “It reminds us that the Word of God is the Living Word of God and it touches us in different ways.”

‘Living Way of the Cross’ broadcast times on CTV: Catholic Television of the Diocese of Scranton: