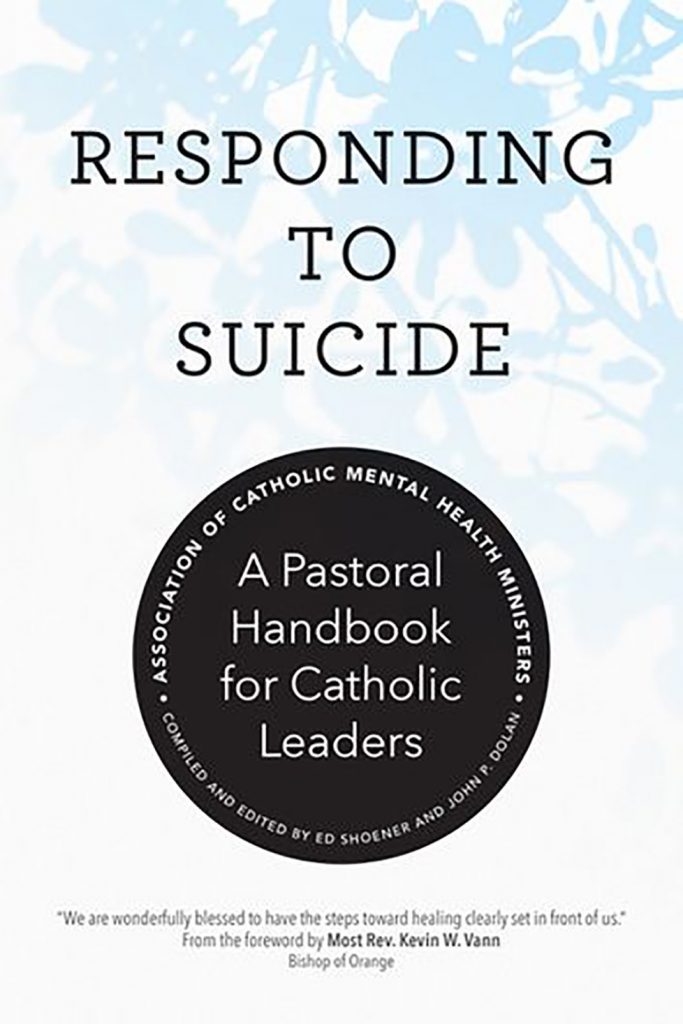 SCRANTON — Responding to Suicide: A Pastoral Handbook for Catholic Leaders, majorly attributed to Deacon Ed Shoener of the Cathedral of Saint Peter Parish, has been named Resource of the Year by the Association of Catholic Publishers.

The book earned a first-place award in resources for ministry in the ACP’s 2020 Excellence in Publishing Awards, which qualified it as a Resource of the Year finalist.

Recognized and hailed as an invaluable contribution in the arena of Catholic mental health ministry, particularly with regard to suicide, Responding to Suicide was compiled and edited by Deacon Shoener and Auxiliary Bishop John P. Dolan of San Diego, both of whom contributed to the work.

One member of ACP’s five-judge panel emphasized that one of the strengths of the book is that it focuses on a timely topic presented in an accessible way. Another judge noted that it explores the psycho-social-spiritual aspects of suicide in a balanced and pastoral, making the book a necessary resource for those in parish ministry.

“We so much appreciate ACP’s recognition of Responding to Suicide as Resource of the Year,” Karey Circosta, publisher and CEO of Ave Maria Press, said. “The Association of Catholic Health Ministers, Deacon Ed Shoener and Bishop John P. Dolan created a unque and much-needed book that allows pastoral leaders to better understand suicide and more effectively minister to those who are grieving. Their work is a blessing to the Church.”

Ordained to the permanent diaconate in 2004, Deacon Shoener launched his Catholic Mental Health Ministry, based at the Scranton Cathedral, in 2017. He began the support ministry following the death of his daughter, Katie, who took her own life after a 12-year battle with depression.

Deacon Shoener currently serves as president and a founding member of the Association of Catholic Mental Health Ministers.