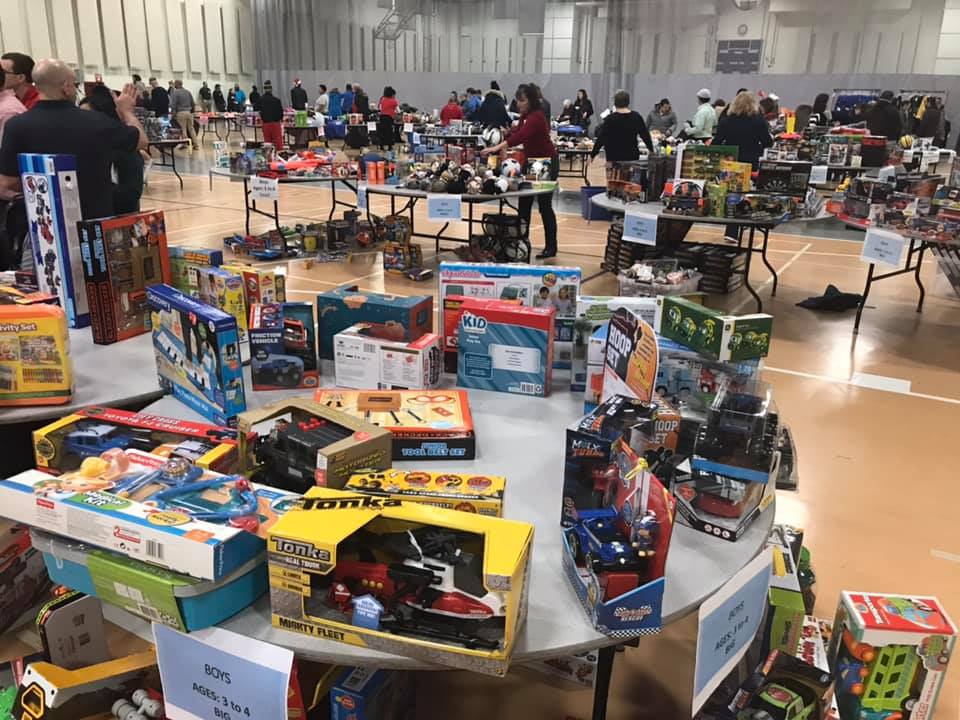 As she navigated tables filled with toys, Chary Isley was on a mission.

The mother of 11 children was looking to make Christmas special for each one of them.

Isley joined hundreds of other parents on Tuesday, Dec. 17, at the University of Scranton for a Christmas toy distribution put together by Catholic Social Services of the Diocese of Scranton and Friends of the Poor.

“Without this, there wouldn’t be much of a Christmas,” Isley admitted as she navigated a table of sporting goods. “Between bills and your normal life, Christmas just adds onto it.”

Isley couldn’t express enough thankfulness to all of the individuals, parishes, schools and groups, including the U.S. Marines Toys for Tots, which helped collect the toys.

“It is so appreciated. I can’t even express how thankful I am,” Isley said. 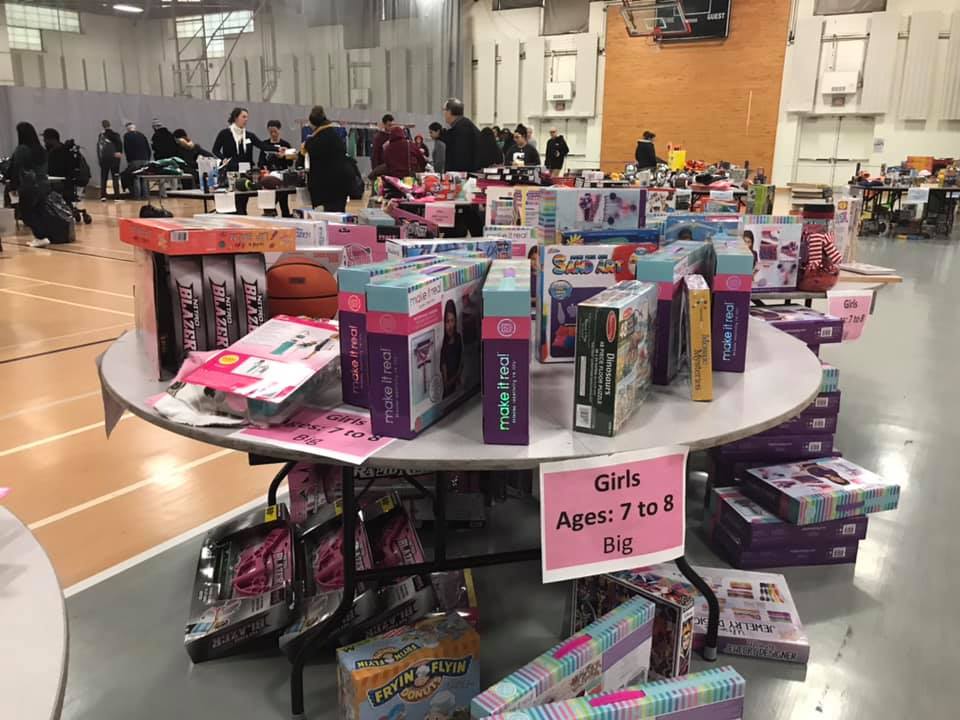 As she shopped for toys for her three-year-old daughter, Delonti was almost overcome by the kindness of strangers.

“It’s a wonderful thing that all these people come together and have an abundance of things for the children,” Delonti said.

Like many young girls, Delonti’s daughter loves princesses so she was able to get several “Frozen” items to go under the tree.

“She brought the holiday back in my life. I didn’t have the holiday for a long, long time. I lost most of my family so she is my Christmas!” Delonti said. “Hopefully one of these days, when I get back on my feet, I can be part of how this (toy distribution) happens instead of being on the receiving end.” 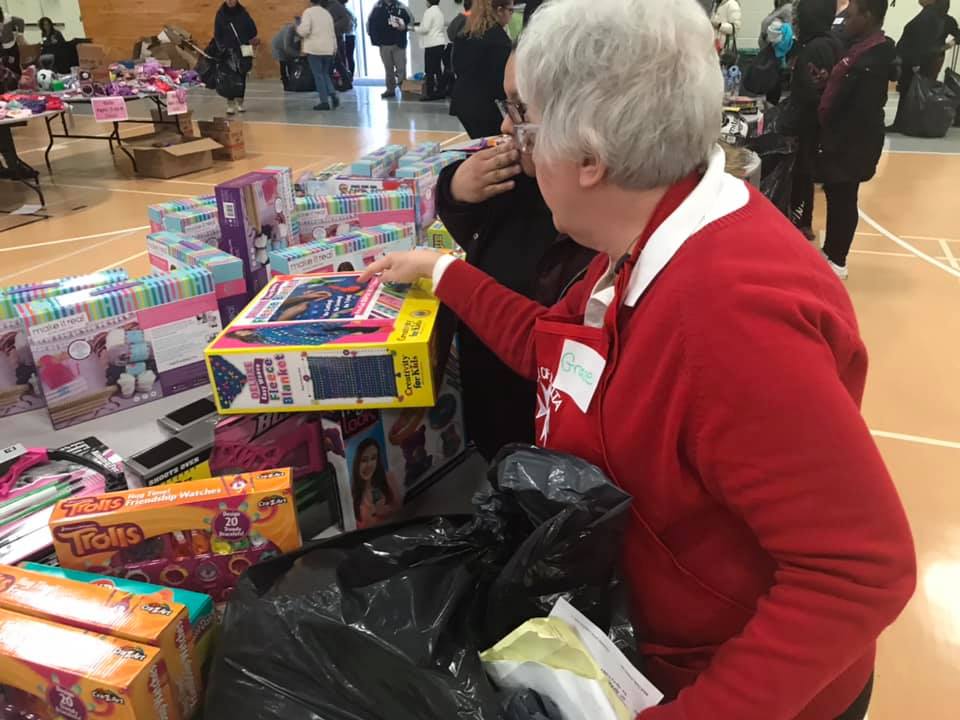 Throughout the third week of December, Catholic Social Services of the Diocese of Scranton helps bring the magic of Christmas to thousands of families throughout northeastern Pennsylvania.

Brooke Fetsock of Scranton has helped volunteer at the Scranton toy distribution for the last three years. She loves getting to interact with the parents and learn about their children.

“One woman I helped today was so excited to shop for her kids and get the presents and so excited to go home and wrap them and she was so happy. She smiled the whole time. She actually started to cry a little because of how happy she was,” Fetsock said.

“I love it,” said Krystal Jenceleski of Plymouth, who was able to select toys for her four children. “This makes it so much easier for Christmas, especially for big families. I enjoy coming here and the gifts are great. I’m very grateful.”

In Wilkes-Barre, more than 1,300 gifts were distributed, helping to brighten the holiday for more than 650 children.

In Scranton, more than 6,000 gifts were distributed, benefitting nearly 1,700 kids.

Ashante Anderson of Pittston was also able to bring home some toys for her two young children.

“It’s very helpful,” Anderson said. “Especially when you’re employed and you’re on a budget and you can barely afford food. To be honest, I can’t really afford toys. I appreciate it very much.”

For the last 15 years, the annual toy drive and distribution in Wilkes-Barre has been coordinated by Dianne Lucas Colleran, who first began volunteering with her late husband, Frank. Colleran says about eight devoted volunteers work on the toy drive for several weeks each year in the weeks leading up to the distribution, sometimes working more than eight hours per day. On the day of the distribution, nearly 20 volunteers are on hand.

“It makes me feel good inside,” Colleran said. “No kid should wake up without anything under the tree on Christmas. Not one child.”

In addition to Wilkes-Barre and Scranton, Catholic Social Services of the Diocese of Scranton held similar toy distributions in 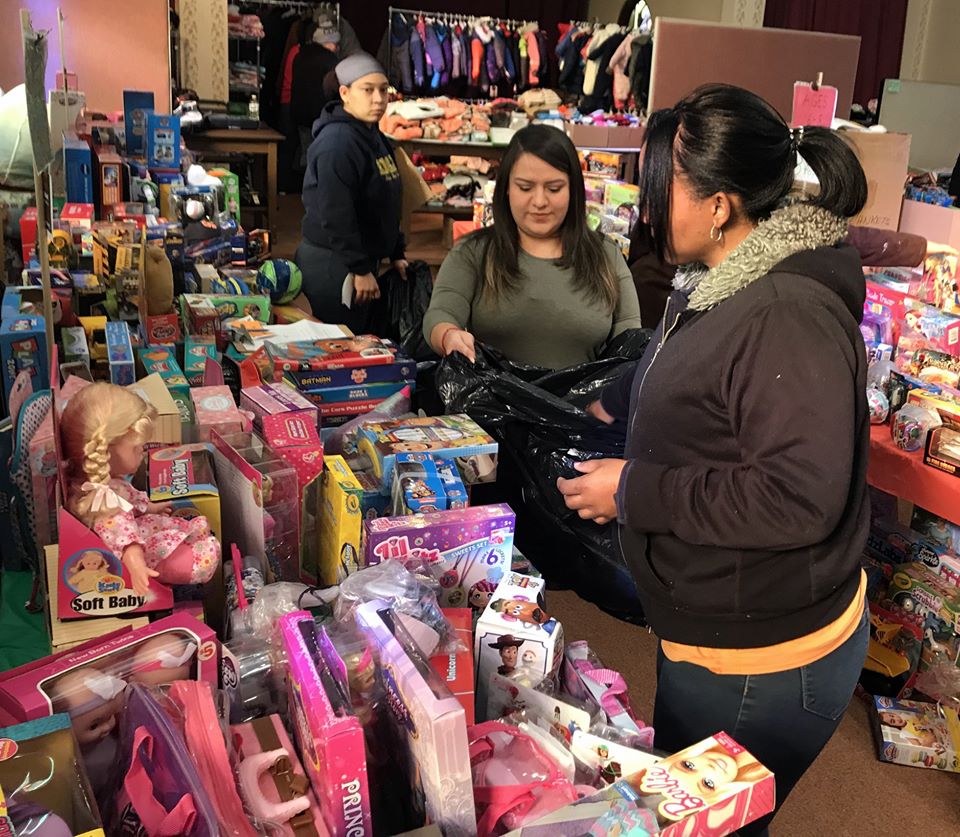 Thanks to such efforts, Nicole Suprum of Edwardsville was also able acquire gifts for her three children.  Suprum said the availability of such toys helps make the entire holiday season less stressful.

“It’s a blessing,” she said. “As a single mother with three children, it helps me out a lot. I like to see the smiles on my kids’ faces in the morning.”

The toy distributions involve a lot of preparation. At each site, hundreds of families pre-register in advance and details must be coordinated between the hosting sites, the Toys for Tots program and the parishes and community groups that collect and deliver toys. But for those that tirelessly work on such toy drives throughout the holiday season, it’s all worth it, especially in knowing that Santa was able to visit everyone. 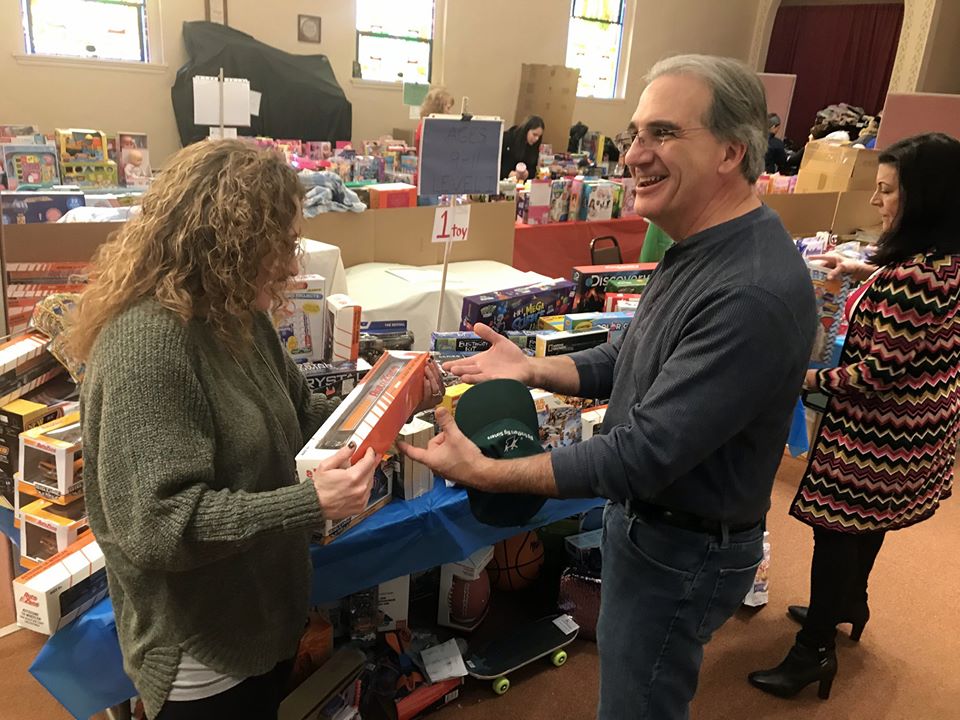 “They’re very thankful,” says Colleran of the families served. “We try to do the best we can. The hearts of the children can’t be broken. There will not be a child without a gift. There simply will not.”

Helping individuals and families in need is one of the core missions of Catholic Social Services of the Diocese of Scranton. In addition to providing help during the holidays, the agency operates the Saint Vincent de Paul Kitchen which provides warm meals every day of the year. Catholic Social Services also operates several shelters located in Scranton, Wilkes-Barre and Hazleton and operates several programs that benefit families and youth.

If you would like more information about Catholic Social Services of the Diocese of Scranton, visit www.dioceseofscranton.org or call (570) 3808.