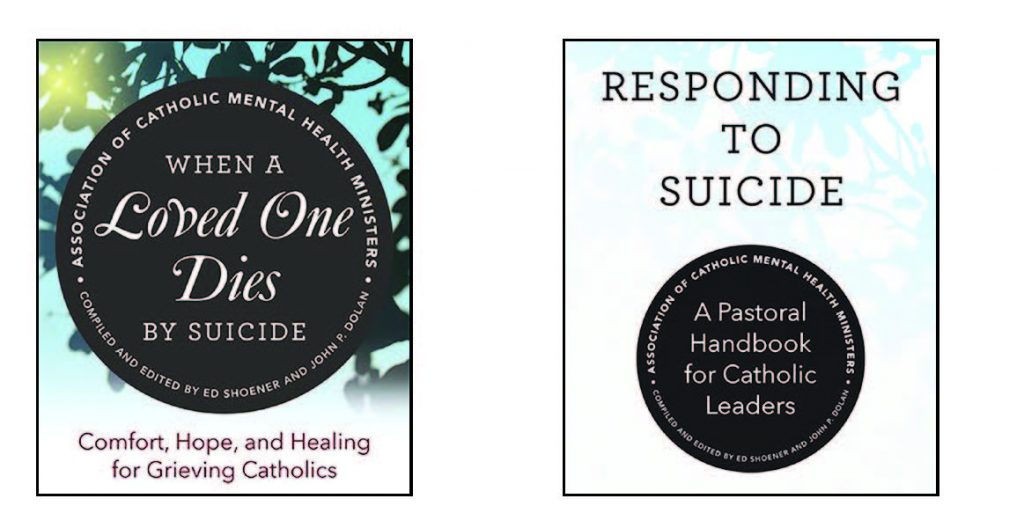 SCRANTON — When the Catholic Publishers Association announced their 2021 Excellence in Publishing Awards on June 7, two books attributed to Deacon Ed Shoener of the Cathedral of Saint Peter Parish received high praise and recognition for their contributions to Catholic mental health ministry, particularly with regard to suicide.

Responding to Suicide: A Pastoral Handbook for Catholic Leaders was awarded top honors in the “Resources for Ministry” category by the Catholic Publishers. The Association also recognized When A Loved One Dies by Suicide: Comfort, Hope and Healing for Grieving Catholics with a second-place award in the “General Interest” category.

Both published works were compiled and edited by Deacon Shoener and Auxiliary Bishop John P. Dolan of San Diego, who were also among the books’ contributors.

Ordained to the permanent diaconate in 2004, Deacon Shoener launched his Catholic Mental Health Ministry, based at the Scranton Cathedral, in 2017. He began the support ministry following the death of his daughter, Katie, who took her own life after a 12-year battle with depression.

Deacon Shoener currently serves as president and a founding member of the Association of Catholic Mental Health Ministers.

“If today is a typical day in the United States, about 130 people will die this day from suicide,” the deacon said. “Please pray for them, their families and those who will minister to them.”