Seminarian Michael Boris to be ordained a Deacon on May 28 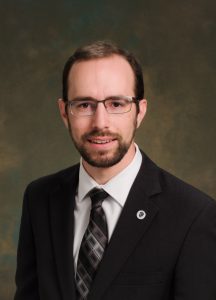 SCRANTON – Michael Boris, a native of Dallas, will be ordained a deacon for the Diocese of Scranton by the Most Reverend Joseph C. Bambera, Bishop of Scranton, on Saturday, May 28, 2022, at the Cathedral of Saint Peter. The ordination Mass will be celebrated at 10 a.m.

Boris will be ordained for service as a transitional deacon, the ordination serving as the last major step before ordination to the priesthood, which typically occurs a year later after additional pastoral, liturgical and educational preparation.

Once ordained as a deacon, Boris will assist the bishop and his priests in ministries of the Word, Liturgy and Charity. This includes proclaiming the Gospel, leading intercessions, preaching, preparing the altar, celebrating baptisms, leading the faithful in prayer, distributing holy communion, witnessing marriages and conducting wake and funeral services. Deacons also identify the needs of poor and underserved, and shepherd the Church’s resources to meet those needs.

Boris, 26, is the son of Joseph and Susan Boris. He is a graduate of Holy Redeemer High School and King’s College where he earned a Bachelor of Arts in Theology and Philosophy. Boris entered Saint Mary’s Seminary and University in the fall of 2018. In 2019, he served a summer assignment in the parish communities of Holy Cross Parish, Olyphant, and Blessed Sacrament Parish, Throop. Boris also served a pastoral year (2020-2021) in the parish communities of Saint Rose of Lima Parish and Our Lady of Mount Carmel Parish, both in Carbondale.

“It is hard to believe that it is time to make the official and full commitment but I have experienced such grace in prayer over the past few months and a lot of peace, a sense that God has been journeying with me the whole time,” Boris said when discussing his upcoming ordination with The Catholic Light.

While admitting a little nervousness and anxiousness, Boris feels spiritually ready for this next step.

“I think God made me ready over the past year,” he said.

Boris said he never had any serious consideration about the priesthood until he was a senior in high school and Father Don Williams, Vocations Director for the Diocese of Scranton, met with potential candidates recommended by teachers.

Following that conversation, Boris began attending more discernment events, followed by a retreat and ultimately made the decision to enter seminary.

“Midway through high school, I was convinced I was going to work with cars in some way, either a mechanical engineer or race car driver,” Boris explained. “But it felt like I was forcing that interest. I wasn’t asking God what he wanted me to do. I really didn’t know what I wanted to do and that is when Father Don showed up at the school. It was good timing on God’s part!”

Boris said his experience in seminary has been very formational and helped him to “listen to God.”

“The seminary provides a really good environment for praying and discerning because you’re with a bunch of brothers who are all discerning the same questions,” he said.

During his time in seminary, Boris also developed a love of playing the drums. He discovered his new passion almost accidentally when he heard someone talking about a music room on campus.

“One day, I decided to watch a YouTube video about how to play your first drum beat and it was kind of contagious once you get the hang of it,” he said. “Then you want to try something new and the next thing you know you’re playing a lot.”