Statement of the Most Reverend Joseph C. Bambera, Bishop of Scranton, on the death of University of Scranton President Rev. Scott Pilarz, SJ 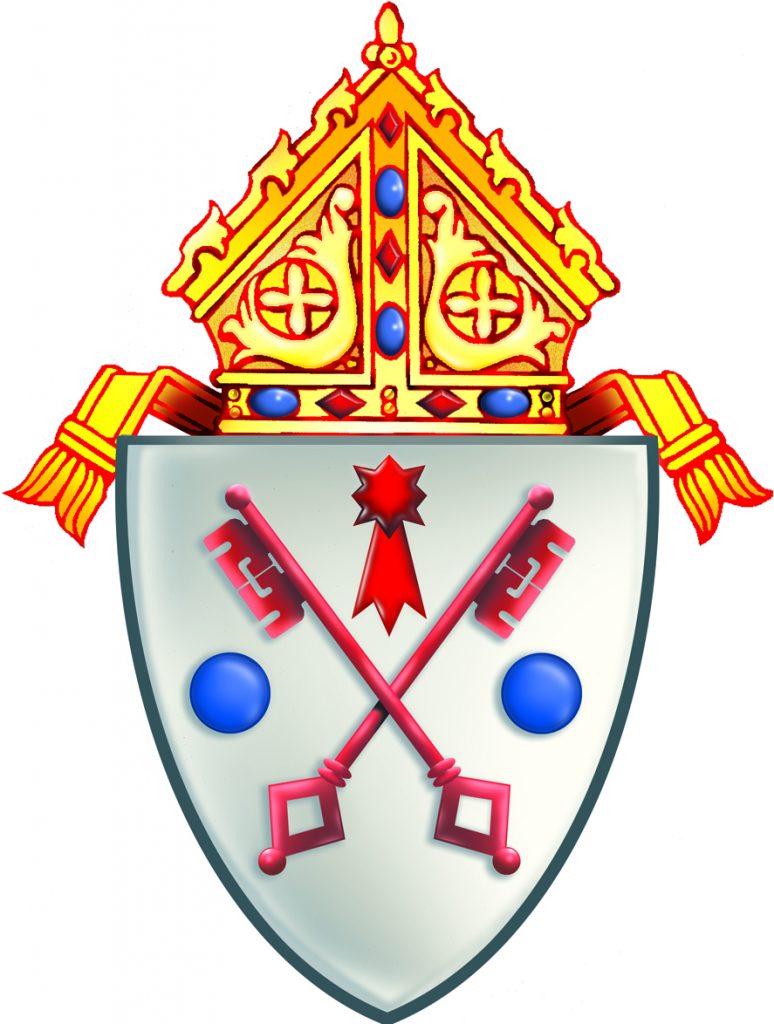 “On behalf of the clergy and faithful in the Diocese of Scranton – I wish to express our deepest condolences to The University of Scranton community and the family of Rev. Scott Pilarz, SJ, upon learning of his passing.

“Returning to The University of Scranton to serve a second term as President showed the tremendous love that Father Pilarz had for this community. Since first coming to know him personally in 2003, I have witnessed first-hand his commitment to Jesuit ideals, the mission of The University of Scranton and most especially to the students and faculty of the university. His deep faith, humanity, insight and vision were blessings and gifts he shared freely with all of us. I will miss him as a friend and colleague in ministry.

“I pray that Father Pilarz’s family, friends and the entire University of Scranton community may find peace and comfort in the consoling love of Jesus Christ during this time of tremendous sadness.”

University of Scranton Board of Trustees Statement

Dear Members of the University Community,

I am saddened to report that Rev. Scott R. Pilarz, S.J., the University’s 24th and 27th President, passed away today at the age of 61 from complications related to amyotrophic lateral sclerosis (ALS).

Father Pilarz shared the news of his ALS diagnosis in 2018, promising to “move forward” and “keep working” in service of a university and a community he had grown to love as his home. In the years that followed, he poured himself into the work together with all of you, achieving so many remarkable accomplishments. He challenged us to dream and plan for the University’s future while never forgetting our mission as a Catholic and Jesuit university. He spoke passionately on behalf of others facing ALS, helping to dispel myths as he raised awareness.

Anyone who spent time with Father Pilarz experienced his humor, compassion and genuine humanity. He was a person for others in every sense, devoted to a life of service that exemplifies what it means to be a Jesuit and a priest. Along the way, the depth of his vocation and of his love for all that makes us human inspired countless students, alumni, parents, friends and colleagues to see beyond themselves and to strive for something more.

Over the last year, perhaps the most challenging ever faced in higher education, Father Pilarz guided us calmly and confidently through the pandemic’s chaos, focused always on our students and on the sacred mission to provide them with a transformational Catholic and Jesuit education. He met other challenges head-on as well, harnessing our strengths to serve the needs of the community and the wider world. He championed the University’s response against racism and the sexual abuse crisis facing the Church. He advocated tirelessly for the humanities and for the liberal arts as core to the formation of students.

Through his two terms as President, he transformed campus and advanced our mission. The exceptional success of the Pride, Passion, Promise Campaign made possible the largest and most ambitious projects in the University’s history – everything from the Patrick & Margaret DeNaples Center, John & Jacquelyn Dionne Campus Green and Loyola Science Center, to Christopher and Margaret Condron Hall, and Sandra & Paul Montrone Hall and the hall that would bear his name.

Also during his tenure, Scranton earned national recognition for academic quality, community engagement and student success, achieving record admissions. He expanded international mission and service opportunities and programs, and provided dedicated support for research by new faculty members, among a host of other accomplishments.

As we all mourn his loss, the trustees are keenly aware that, more than anything, Father Pilarz would insist on the University continuing to “move forward” and “keep working” on behalf of our students and mission. In accord with the University’s by-laws,Jeff Gingerich, Ph.D., University Provost and Senior Vice President for Academic Affairs, will serve as Acting President. As previously announced, Joseph G. Marina, S.J., begins his term as President in June.

Information will be shared soon about ways for the University community to pay their respects. A public viewing is being planned. A funeral mass, while private, will be available for online viewing.

In a special way, please join me in expressing our great sadness to Father’s parents, Ron and Joan Pilarz, who themselves have become part of the Scranton family. Please remember Father Pilarz and his family and many friends in your prayers.

Remember also to care for one another. I want to remind students of the support available on campus through the Counseling Center and Campus Ministries, and faculty and staff of support through the University’s Employee Assistance Program.

Father Pilarz concluded the announcement of his diagnosis by reminding us that we must “find God in all things” and inviting us to do so with him. May he continue to inspire us to follow that example.

Rev. Scott R. Pilarz, S.J. ’H15, President of The University of Scranton, passed away Wednesday, March 10, in Scranton from complications related to amyotrophic lateral sclerosis (ALS). He was 61.

During Father Pilarz’s second tenure as President at Scranton, he leveraged the University’s strengths and responsibilities as a Jesuit and Catholic institution to be a source for understanding and positive change in the community and the wider world. He marshaled resources in response to the national call to action against systemic racism, and formed the Task Force on Healing, Reconciliation and Hope as part of the University’s response to the sexual abuse crisis facing the Church. He also established the Gail and Francis Slattery Center for Ignatian Humanities and supported the humanities generally at the University to further advance the liberal arts tradition that is at the core of Jesuit education.

Under his leadership, the University developed and adopted the 2020-2025 Strategic Plan, which includes goals focused on diversity and inclusion, and the humanities. He also led the University’s fundraising efforts to strengthen scholarship endowments to keep Scranton accessible to students and families, and strongly supported efforts to ensure the health and future vitality of Scranton’s Catholic and Jesuit mission and identity.

Most recently, Father Pilarz calmly and competently guided the University’s response to the pandemic, focusing steadfastly on the school’s sacred mission to provide students with a transformational Catholic and Jesuit education. He brought students back to campus during the fall and spring semesters of the 2020-2021 academic year, ensuring extensive health and safety protocols were in place to protect all members of the University community. Throughout the pandemic, he shared his love and support for the University community through pastoral messages of courage, hope and even humor, including classic reflections on campus Christmas tree challenges.

During Father Pilarz’s first term as President, the University earned national recognition for academic quality, community engagement and student success, achieving then record admissions and undertaking the largest construction projects in its history.  He expanded international mission and service opportunities and programs to enhance its Catholic and Jesuit identity. The University also earned the highly selective Community Engagement Classification designated by the Carnegie Foundation for the Advancement of Teaching.

Guided by a 2005-2010 Strategic Plan – Pride, Passion, Promise: Shaping Our Jesuit Tradition, Father Pilarz was instrumental in planning and securing resources for transformational capital projects that included the Patrick and Margaret DeNaples Center; the Christopher and Margaret Condron Hall; the John and Jacquelyn Dionne Campus Green; the expansion of the Retreat Center at Chapman Lake, Montrone Hall and the building named in his honor, Pilarz Hall, on Mulberry Street; and the Loyola Science Center.

Father Pilarz’s other accomplishments as Scranton’s 24th President included dedicated support for research by new faculty, and establishing the President’s Colloquy for Presidential Scholars and five endowed chairs to attract top scholars. The University’s progress was supported by the Pride, Passion, Promise Campaign, the most ambitious capital campaign in the University’s history, which surpassed its $125 million fundraising goal.

Prior to Father Pilarz returning to Scranton for his second term as President, he served as President of Georgetown Preparatory School in Washington, D.C., from 2014 to 2018. His accomplishments at Georgetown Prep included leading the community in a celebration of the 225th anniversary of its founding, guiding the development of a comprehensive strategic plan, and working to secure the largest gift in the school’s history.

During his service as President of Marquette University in Milwaukee, Wisconsin, from 2011 to 2013, he spearheaded a strategic planning process and also guided the school into the newly configured Big East athletic conference.

Always a teacher at heart, he found time during his various administrative positions to teach courses and seminars focused on Shakespeare, Renaissance poetry and prose, and Jesuit education.

Earlier in his career, he served as an Assistant Professor of English and Interim University Chaplain at Georgetown University, where he worked on numerous committees and leadership roles for various academic and spiritual programs, and retreats for students and alumni. During his Jesuit formation, he was a visiting professor at St. Joseph’s University, a lecturer in philosophy at Sts. Peter & Paul Seminary at the University of Ibadan, Nigeria, and an English teacher at Loyola High School, Towson, Maryland.

Throughout his Jesuit service as a researcher, teacher and administrator, he shared his deep love of poetry with all, frequently including quotes from favorite poets in speeches and talks. At The University of Scranton, he selected a quotation from the poet who was the subject of his research, St. Robert Southwell, S.J., to be etched above a prominent entrance to the DeNaples Center. It reads: “Not where I breathe, but where I love, I live.” Father Pilarz chose that same quote as the theme of his second Inauguration at Scranton, capturing a feeling toward the school and its sense of community that he had in common with the entire Scranton family.

The leadership skill of Father Pilarz was recognized through his inclusion among the 38 successful individuals profiled by Ronald Shapiro in The New York Times bestseller Dare to Prepare: How to Win Before You Begin. As a scholar, Father Pilarz delivered numerous papers at scholarly conferences on various aspects of medieval and Renaissance literature. He also lectured and published on topics related to Jesuit education. His book, Robert Southwell, S.J., and the Mission of Literature 1561-1595: Writing Reconciliation, was published by Ashgate Press. He was a professional member of numerous scholarly and academic societies including the Renaissance Society of America, Shakespeare Association of America, John Donne Society and Modern Language Association.

He received multiple awards for teaching, service and scholarship, including the John Carroll Award from Georgetown University for lifetime achievement, the highest honor bestowed by the Georgetown University Alumni Association. He received the Ignatian Award from Scranton Preparatory School, and was awarded honorary degrees from King’s College, Wilkes University, Marywood University and The University of Scranton. He served on the board of trustees of several institutions, including Boston College and Saint Joseph’s University, and as President of the board of his alma mater, Camden Catholic High School.

A proud Polish son of New Jersey and an avid dog lover, Father Pilarz earned a bachelor’s degree in English from Georgetown University, winning three Saint Genevieve Awards for his acting and directing; a master’s degree in philosophy from Fordham University; and a master’s degree in divinity from the Weston School of Theology, Cambridge, Massachusetts. He earned a Ph.D. in English at the City University of New York. He entered the Society of Jesus in 1981, and was ordained a priest in 1992.

A walk-by viewing for students, faculty and staff will be held in the Byron Recreation Complex on campus on Friday, March 12, from 2 p.m. to 5 p.m. The viewing will be open to the general public as well from 5 p.m. to 7 p.m. A private Mass of Christian Burial will take place at 10 a.m. on Saturday, March 13. The Mass will be available for viewing online.