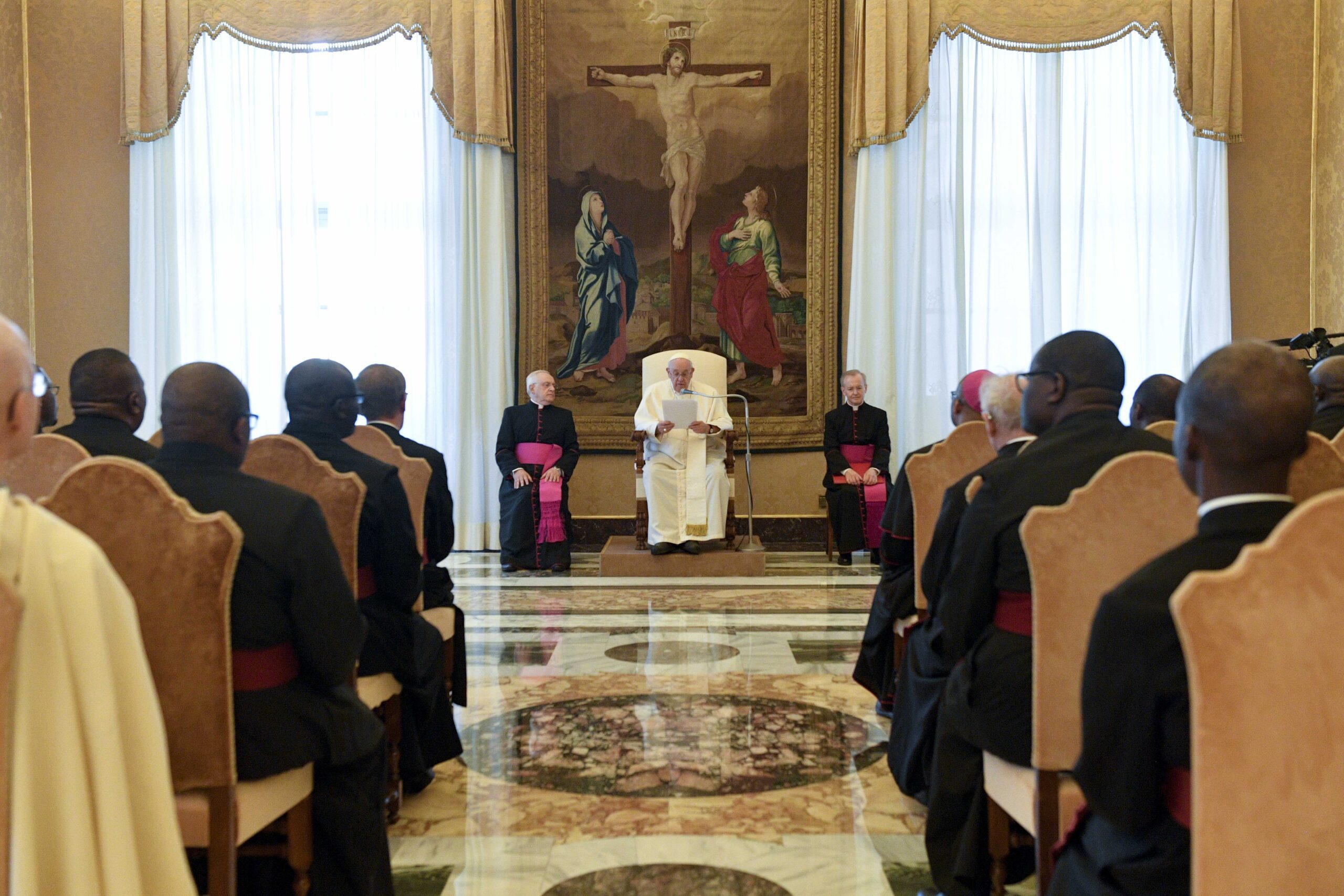 VATICAN CITY (CNS) – A key part of fostering “the communion, participation and missionary commitment of all the baptized,” a key goal of the current synodal process, is recognizing the responsibility lay Catholics share for the future of the church and helping them recognize it, too, Pope Francis told members of the Mariannhill Missionaries.

“An essential element of the synodal journey is the development of a greater sense of co-responsibility of the lay faithful for the life and future of the church,” the pope said Oct. 20 as he welcomed the 36 members of the congregation’s general chapter to the Vatican.

Bishop Thulani Victor Mbuyisa of Kokstad, South Africa, who was superior general until being appointed head of the diocese in April attended the chapter as an observer and was present for the meeting with the pope. The chapter Oct. 10 elected Father Michael Mass, a German member of the order, as superior.

The theme of the chapter meeting was “Solidarity: Called to be of One Mind and One Purpose,” which Pope Francis said was “particularly relevant” in light of the synod process currently underway.

The synod, he said, aims to foster that same oneness of mind and purpose “through a process of spiritual discernment centered on encounter, listening and reflection, leading to an ever-greater openness to the newness of the Spirit and his promptings.”

Pope Francis urged the missionaries to continue their order’s work to encourage local vocations, promote development and help their people foster “a spirit of shared responsibility for the common good.”

At the same time, he said, members of the order must strive for “a constant pastoral conversion” in every dimension of their life and activity, “from the priestly and spiritual formation of the laity to the concrete planning of apostolic projects.”

“If the synodality to which- the church is called in our time implies walking together and listening together, surely the first voice to which we must listen must be that of the Holy Spirit,” the pope said.