No one should die alone. 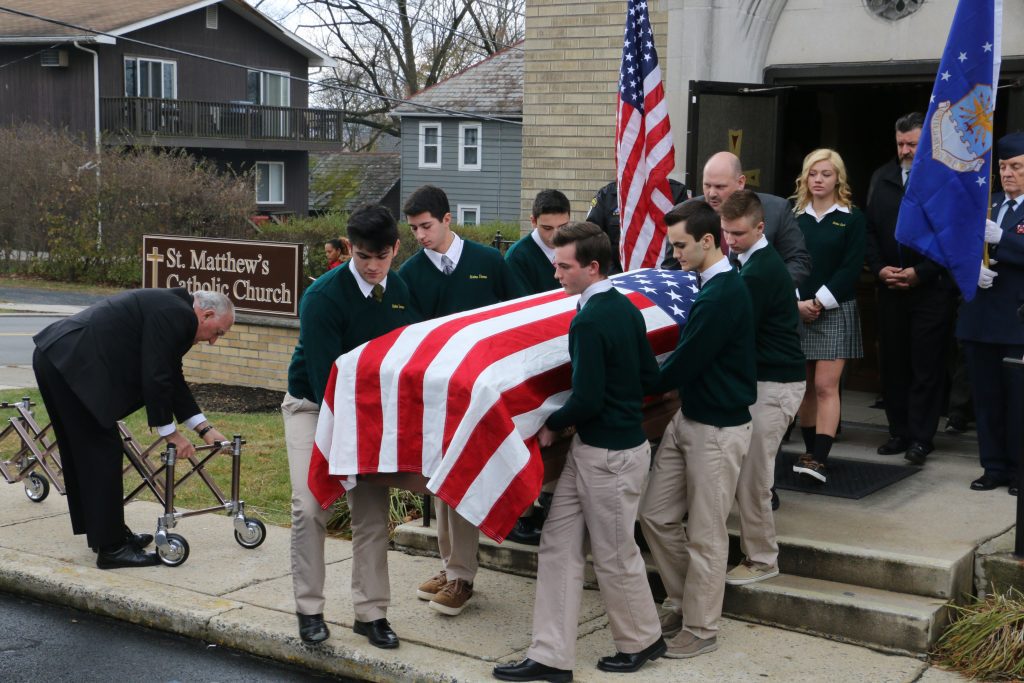 That is why dozens of Notre Dame High School students traveled to Saint Matthew’s Church in East Stroudsburg on Tuesday, Nov. 19, to celebrate a funeral Mass for Edwin Carl Hughes, 68, of Stroudsburg.

Hughes passed away from pneumonia at Lehigh Valley Hospital-Pocono on October 17, but his body went unclaimed.

Notre Dame senior Heidi Martens wanted to honor Hughes and organized the funeral service for him.

“I felt that nobody should die alone. I feel like, as a Catholic, we have to mourn. The Corporal Works of Mercy is bury the dead respectfully so nobody should have to die alone,” Martens said. 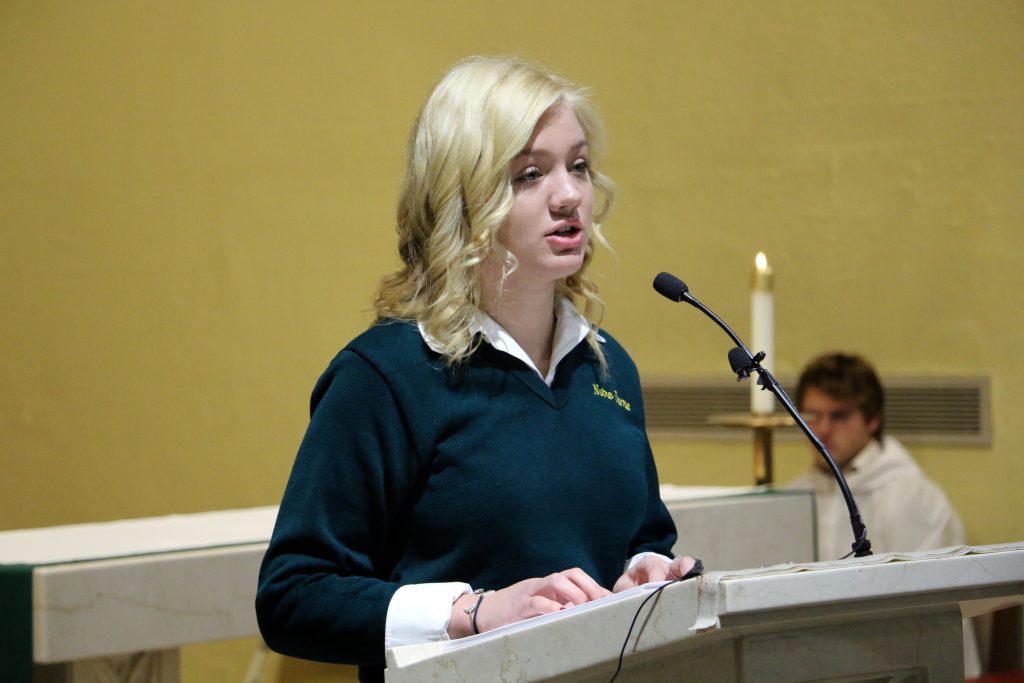 As her senior service project, Martens created the Saint Joseph Arimathea Ministry at Notre Dame High School. The ministry will provide volunteer pallbearers, readers and altar servers along with choir services to small families, indigent people or those who die alone.

Through her work, Martens learned as much as she could about Edwin Hughes.

Martens got some help from her classmates at Notre Dame to put together the funeral service. 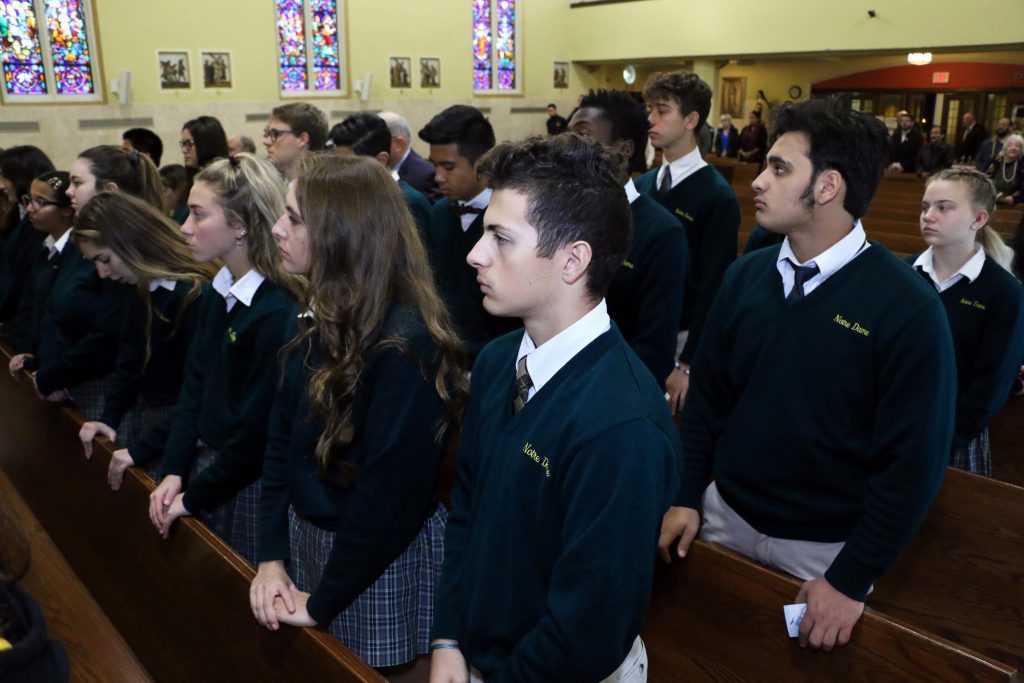 “My grandfather was in the service, World War II and my father’s great uncle also died in France during World War II and just imagining this man as my uncle in France and honoring him with this service was just a right cause and the right thing to do,” fellow Notre Dame senior Patrick Carney said.

After hearing about Martens effort, the Monroe County Honor Guard attended the service to properly honor Hughes for his service. Fellow students served as readers, altar servers and choir members.

Father Jerry W. Shantillo celebrated the funeral Mass and was touched by the students’ compassion. 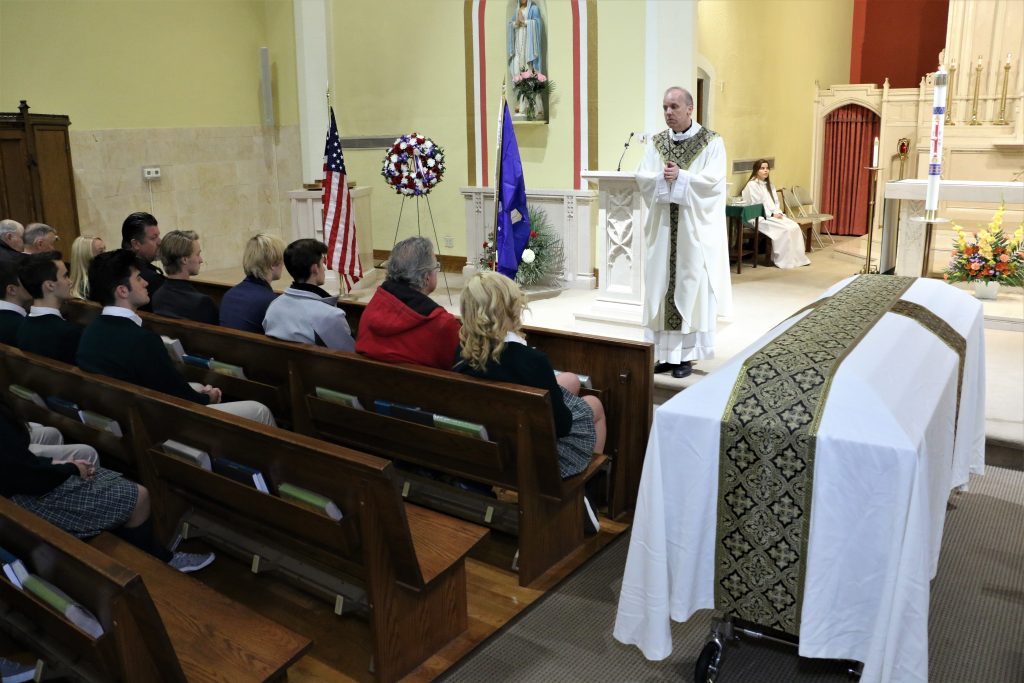 “They’re getting what our mission is all about,” Father Shantillo said following the Mass. “I think it reinforces our teaching that we believe that every human being is born and they’re created in the likeness and image of God and they have a great dignity because of that.”

Father Shantillo said he was pleased to see the efforts of Martens and her classmates.

“I saw the future of the Church. I see our young people who are really in love with the Church and their faith. Sometimes, maybe, some of their peers aren’t as interested in the faith but what I think I saw was that when they realize that they’re all together in this and they make up the body of Christ and they’re all on fire about their faith, it just gives us a lot of hope for our future,” Father Shantillo added.

Following the service, Martens felt satisfied she was able to honor someone she never even met. 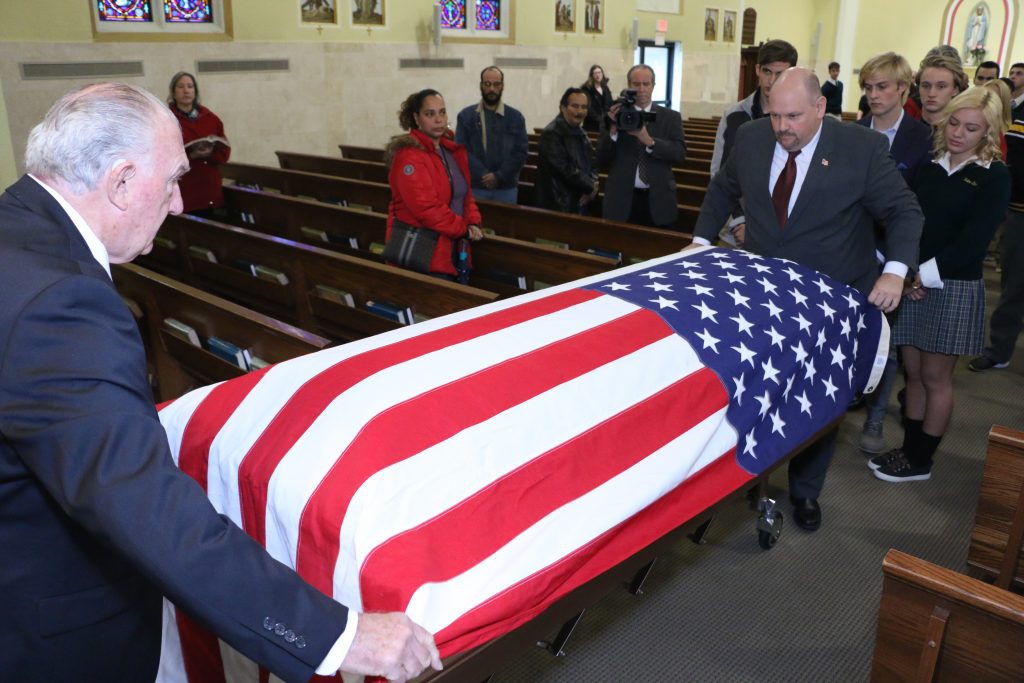 “I just feel good. I feel veterans have done so much for us, it was our time to give back and I couldn’t have done it without the support of my community and school,” Martens said.