SCRANTON – What started as a way to recognize Teacher Appreciation Week has snowballed into a large-scale effort to celebrate all those who have helped children and families during this extraordinary year in the Diocese of Scranton Catholic School System.

In early May, the Catholic Schools System launched its “Inspiring Excellence” initiative. The goal is simple: to recognize individuals who exemplify excellence in all that they do at one of the Diocese’s 19 schools and Virtual Academy.

Joe Bayley, head of maintenance at Saint Jude School in Mountain Top, is one of the individuals who was nominated. 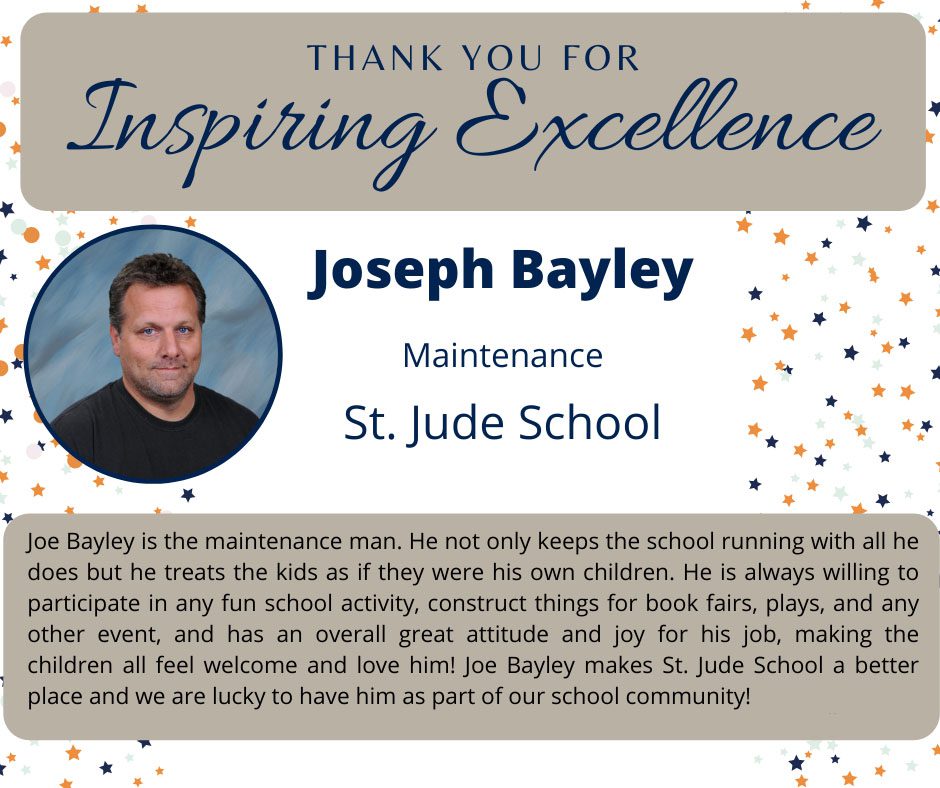 “It is a good feeling,” Bayley said of receiving the honor.

Bayley, who was been working for Saint Jude School for approximately five years, said he loves working with the teachers and central administrative staff to create the best educational environment for students.

“If you don’t enjoy what you do then you’re in the wrong line of work,” he explained.

Bayley was nominated by a parent who said he not only keeps the school running but he “treats the kids as if they were his own children,” adding he makes “the children all feel welcome.”

During this last year, Bayley has been instrumental in making sure proper sanitization procedures are followed and helping the students get outside more.

“We moved a lot of picnic tables that were sitting in the grove. It is a lot easier to have class outside and just get fresh air,” Bayley said. 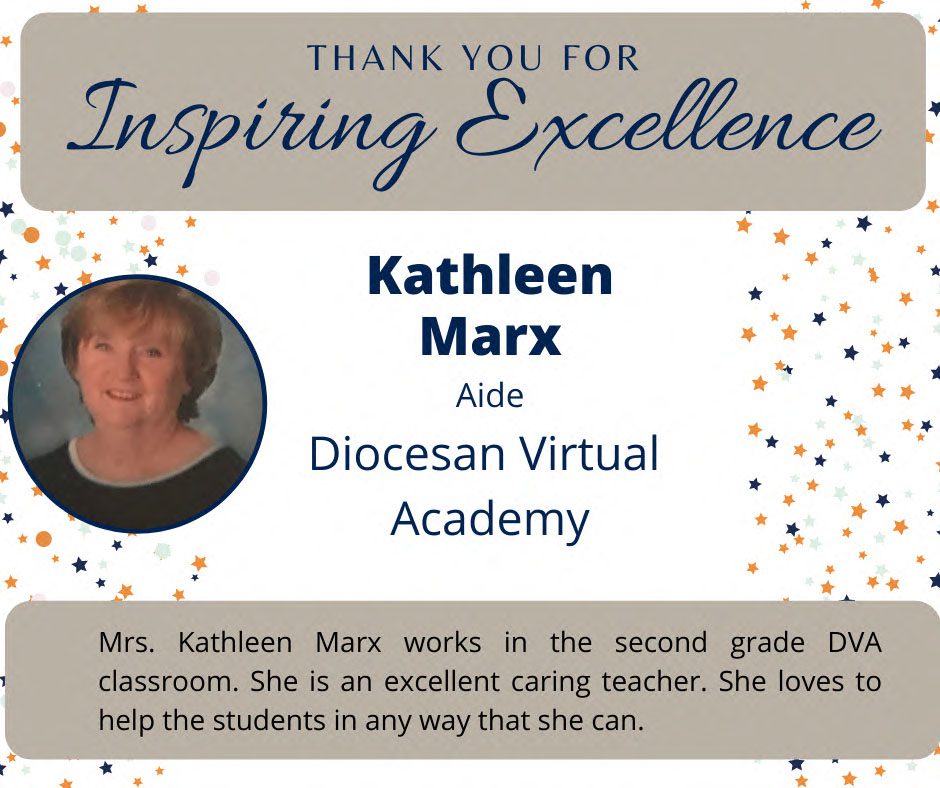 Kathy Marx, a second grade instructional aide for the Diocesan Virtual Academy, was also nominated by a parent. Before assisting with the DVA, Marx has been at All Saints Academy in Scranton.

“I was really quite surprised and humbled but very appreciative of someone taking the time to write such nice things. Just like our students, we all enjoy the occasional pat on the back. We are always grateful for our wonderful, caring parents,” she said.

Marx has been alongside teacher Angelina Guco this year.

“I know as educators we impact children’s lives in a profound way. For me, as an instructional aide, being able to help an individual child or even the whole class with extra help is very rewarding. To see the light in their eyes and the smile on their face when they get it – priceless,” she said.

Marx says adapting to educating students in a virtual setting was “new and challenging” but she is proud of the year and all that the students have been able to accomplish.

“Having the children comfortable and safe this past year was a priority of the Diocese and every Diocesan school. All Saints Academy and the Diocesan Virtual Academy did an amazing job … It is our nature to go above and beyond!” Marx added.

Students and families can still nominate someone in their school for the “Inspiring Excellence” recognition. If you would like to nominate someone, please visit the Catholic Schools tab on the Diocese of Scranton website.