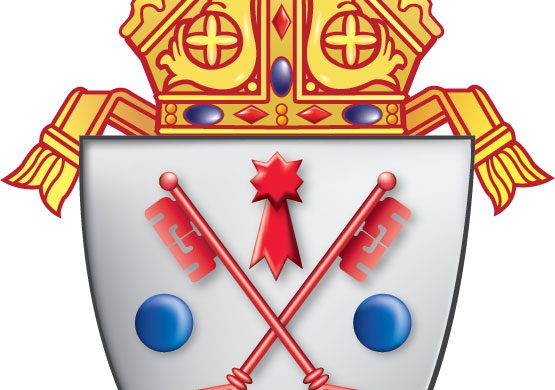 On Friday, March 26, 2022, the Diocese of Scranton received an allegation of sexual assault of an adult involving Monsignor Michael J. Delaney, Pastor, Our Lady of the Snows Parish, Clarks Summit. The reporting individual alleged Monsignor Delaney assaulted him in 2002, at which time Monsignor Delaney was Pastor of Saint Gabriel Church in Hazleton. The individual was 31 years old at the time of the alleged incident.

Upon receipt of this allegation, the Diocese of Scranton followed its established procedure relative to allegations of sexual assault not involving minors. In addition to notifying the Luzerne County District Attorney’s Office, Diocesan outside counsel retained a professional investigator to conduct an assessment of the credibility of the allegation. The investigator spoke with the individual making the complaint and examined all relevant records. The individual making this allegation accepted an opportunity to meet with Bishop Joseph C. Bambera on June 6, 2022.

Based upon its initial assessment, the Diocese determined the allegation appears credible. The Diocese’s initial assessment shows an imbalance of power and vulnerability that existed between Monsignor Delaney and the reporting individual, given cognitive impairment that the individual acknowledges, displays and has been documented and shared with the Diocese of Scranton.

Information regarding the allegation was presented to the Bishop’s Advisory Board for Clergy for review and recommendation. The Bishop’s Advisory Board for Clergy consists of lay, clergy and religious professionals and advises the bishop in his assessment of allegations of sexual misconduct not involving minors and in the determination of suitability for ministry of the accused.

The Diocese also informed Monsignor Delaney of the allegation.

Under both civil and canon law, a person is presumed innocent until proven guilty. However, the presumption of innocence does not preclude the Diocese from taking immediate, prudent action to protect the Church community in response to complaints and before the outcome of an internal canonical investigation and/or any external law enforcement investigation.

Bishop Bambera subsequently placed Monsignor Delaney on administrative leave and revoked his faculties to perform public priestly ministry (including celebrating Mass and hearing confessions). The Diocese also opened an internal (canonical) investigation according to the procedures established by canon law.

Monsignor Delaney was ordained to serve as a priest of the Diocese of Scranton on August 31, 1985. Upon ordination, his first assignment was assistant pastor of Immaculate Conception Church in Scranton. Between 1985-1986, Monsignor also served as catechist for Bishop Hannan High School. During the same time period, he served as chaplain to the deaf community and Moses Taylor Community Medical Center. In 1992, Monsignor Delaney became assistant pastor of Saint Gregory Church, Clarks Green. In July 1994, he took on his first role as pastor at Saint Gabriel Church, Hazleton. From 2004-2005, he also served as administrator of Sacred Heart Church and the National Shrine of the Sacred Heart, Harleigh. In June 2005, Monsignor Delaney became pastor of Nativity of Our Lord Church, Scranton. In 2008 and early 2009, Monsignor was placed on leaves of absence. In July 2008, he had residence at Saint John the Evangelist in Pittston. In May 2009, he was appointed assistant pastor at St. Paul and St. Clare, Scranton. In July 2012, he became administrator of Holy Cross Parish, Olyphant, and Blessed Sacrament Parish, Throop. Exactly one year later, he became the pastor of the linked parishes. In August 2021, Monsignor was appointed pastor at Our Lady of the Snows Parish, Clarks Summit.

Anyone who might have relevant information regarding this allegation – or any allegation of sexual abuse committed by a priest, deacon, religious, lay employee or volunteer of the Diocese of Scranton – is encouraged to immediately report the matter to law enforcement.