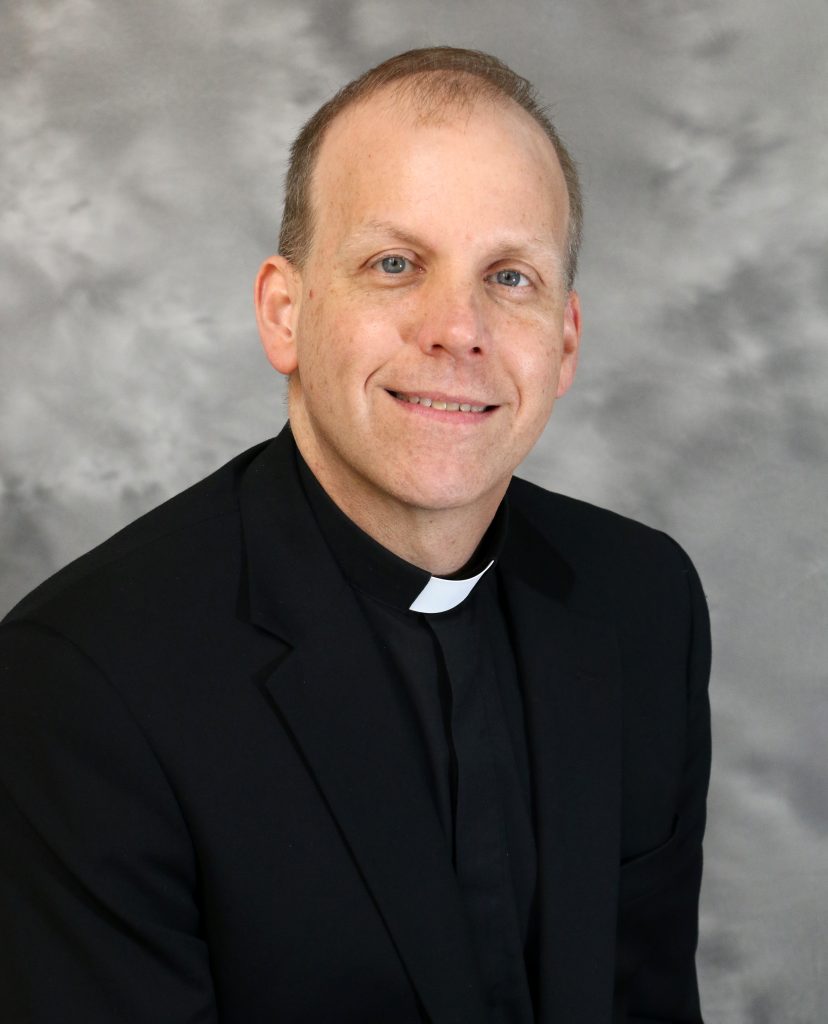 SCRANTON – Father Gerald W. Shantillo has been appointed Vicar General and Moderator of the Curia, the Most Reverend Joseph C. Bambera, Bishop of Scranton, announced on July 15, 2021.

A Vicar General is a priest who assists the Bishop in the governance of a diocese, and has authority to act on behalf of the Bishop.

Ordained a priest in 2009, Father Shantillo had previously been serving as Episcopal Vicar for Clergy since July 2020. He also served five years as pastor at Saint Matthew Parish in East Stroudsburg as well as Assistant Pastor at Saint Jude in Mountain Top, Our Lady Help of Christians in Dorrance and Nativity of the Blessed Virgin Mary Parish in Tunkhannock.

“I have a great love for the Diocese and serving as Episcopal Vicar for Clergy for the last year has given me a better understanding just how large and comprehensive the Diocese really is and the good it does for so many people in all 11 counties we serve,” Father Shantillo said.

In making his announcement to the Diocese, Bishop Bambera said Father Shantillo brings to his new position a wealth of experience, credentials and proven dedication of service to the People of God.

“More than just being an excellent priest and a dedicated pastor, Father Shantillo brings strong organizational skills to his new role, having served as a former healthcare finance and operations executive prior to ordination. This knowledge will help in his handling of the many personnel and financial matters necessary in his new role,” Bishop Bambera stated.

Even though his title may have changed, Father Shantillo believes his mission has not. He plans to continue serving the community and spreading the Gospel message.

“The bishop has an incredible responsibility to run a diocese and the Vicar General is appointed to help him behind the scenes. He works diligently to implement the bishop’s directives and priorities and allows the bishop to be available to all the people,” Father Shantillo explained. “Our focus must always be – how do we use our diocesan resources to better support our parishes and schools, Catholic Social Services and our mission.”

Father Shantillo started his new role as Vicar General and Moderator of the Curia on Aug. 9, 2021. He succeeds Monsignor Thomas M. Muldowney who requested to return to parish ministry following 11 years of service in diocesan leadership positions. 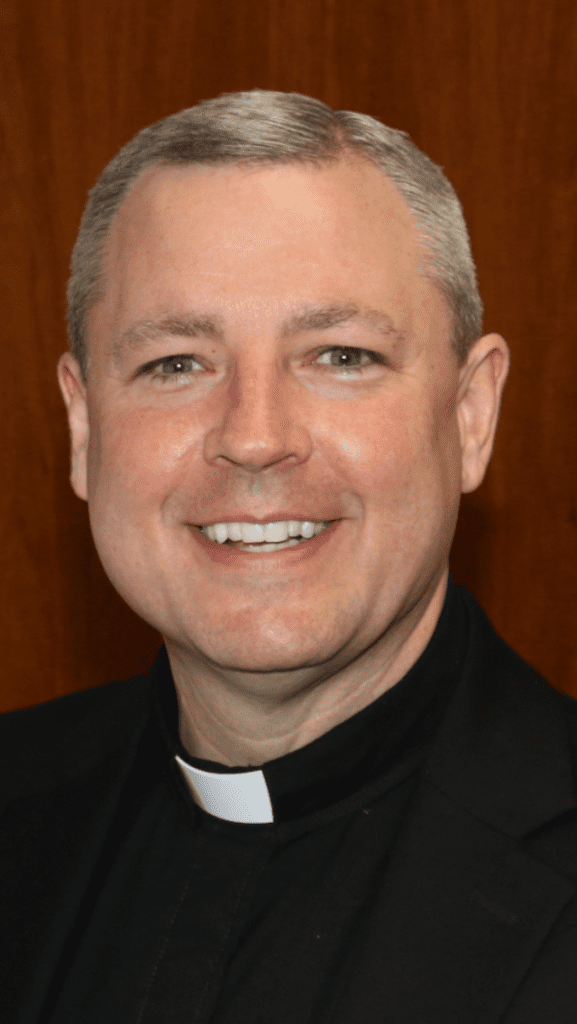 “I am grateful for the experience that I had working in the Diocesan administrative offices. During that time, I had the privilege of allowing my faith to be strengthened by the parishioners and friends of the Mother Church of the Diocese of Scranton. I am leaving with a heart that is full of gratitude and excitement because I get to continue my journey of serving the Lord in parish ministry once again,” Father Muldowney said.

Father Muldowney said he had been discerning a possible transition back to parish ministry for a while. During the COVID-19 pandemic, he says the necessity and importance of parish priests became even more critical – as they needed to reach out to people in so many different ways over the past year.

“When I was ordained a priest in the Cathedral in 2003, I never envisioned myself working in the Diocesan administrative offices. I’ve always lived by a philosophy that God places you where you need to be, when you need to be there. I’ve lived that philosophy prior to ordination and I try to live that out each and every moment of my life,” he added.

“I am excited that Bishop Bambera has appointed me as Pastor of Saint Catherine of Siena Parish. I feel blessed to be able to serve the vibrant faith community that has been nurtured there over the years,” he continued.

Bishop Bambera expressed his deep gratitude for Rev. Muldowney’s willingness to share so generously of his strong faith and many talents, having dutifully and faithfully devoted over a decade to the mission of the entire Diocese.

“Monsignor Muldowney has helped our local Church in immeasurable ways to proclaim the Good News of Jesus and to continue to grow vibrant parishes and ministries. Our Diocese is most grateful to Monsignor for the tireless service that he has provided and the numerous gifts he has brought to the position of Vicar General and Moderator of the Curia. While his presence in our administrative offices will be missed, it is most gratifying to know that Monsignor’s pastoral sensitivity has prompted him to return to parish ministry in his continuing service of the People of God, a calling that lies at the heart of every diocesan priest,” the bishop said. 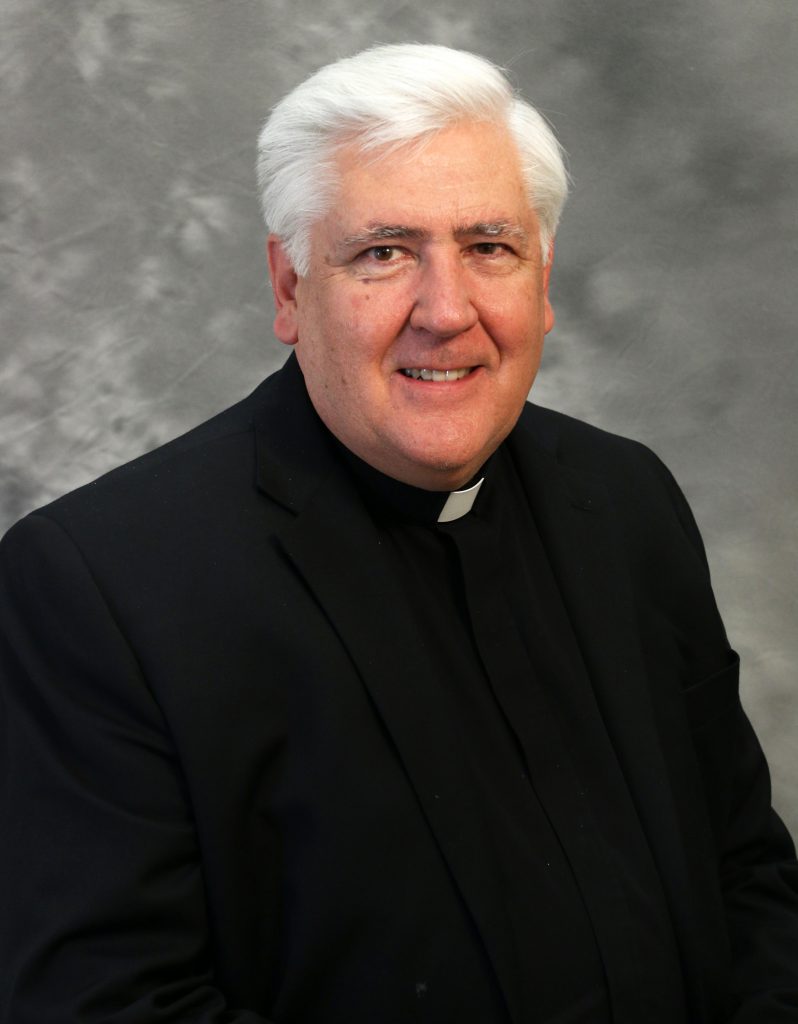 Father John V. Polednak has been appointed to succeed Father Shantillo as Episcopal Vicar for Clergy. Ordained in 1976 by Bishop J. Carroll McCormick, Father Polednak has been an outstanding servant leader who has garnered the respect of his brother priests as well as the lay faithful.

Prior to his current assignment, Father served as Pastor of Nativity of Our Lord Parish, Duryea, since 2015. He brings more than 40 years of experience in priestly ministry – having previously served as pastor for parishes in Kingston, Roaring Brook Township, Nicholson, Wilkes-Barre and Olyphant. In addition to his pastorate, Father Polednak has also served as Episcopal Vicar, Southern Pastoral Region; Diocesan Secretary for Clergy Formation; Director of the Permanent Diaconate and Director of Seminarians; Dean of the Dunmore Deanery; and Director of the Fatima Center among numerous roles as Director of Religious Formation in various schools.