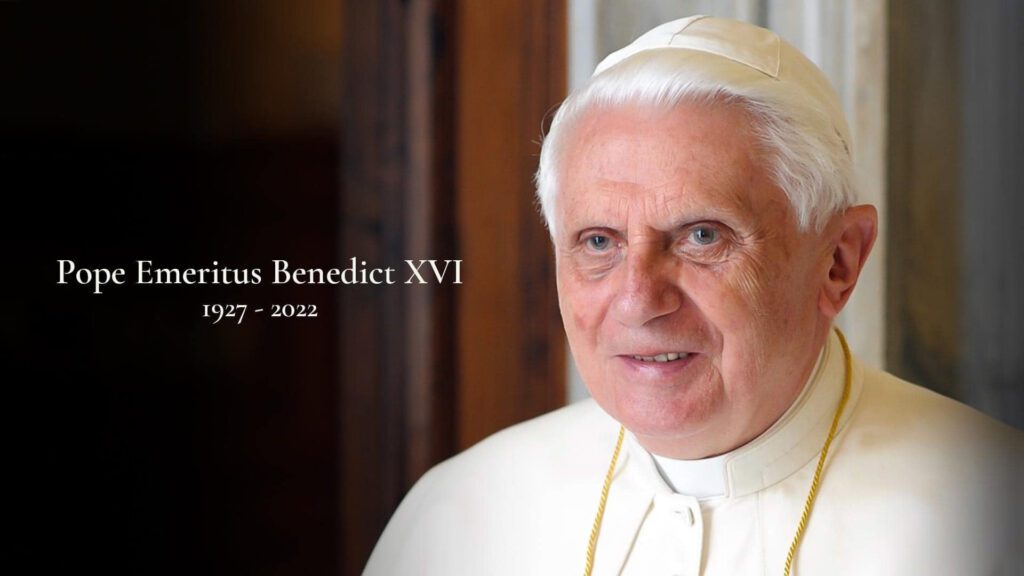 “With sorrow I inform you that the Pope Emeritus, Benedict XVI, passed away today at 9:34 in the Mater Ecclesiae Monastery in the Vatican. Further information will be provided as soon as possible.” 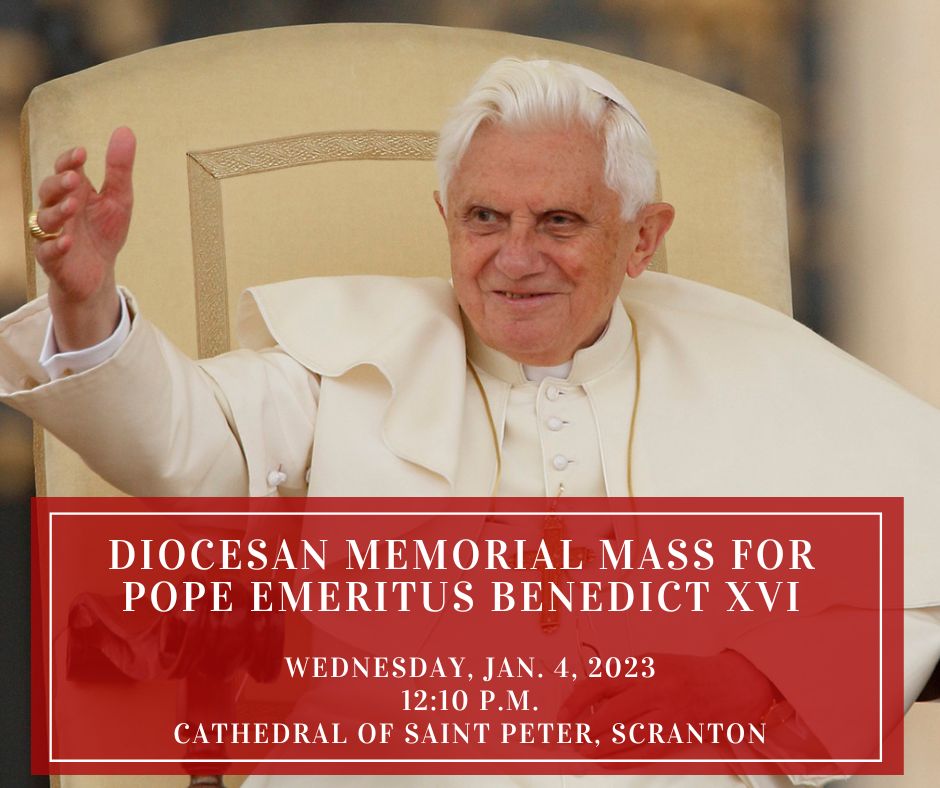 Upon learning of the death of Pope Emeritus Benedict XVI on Dec. 31, 2022, the Most Rev. Joseph C. Bambera, Bishop of Scranton, offered the following statement:

“On behalf of the clergy, religious and faithful of the Diocese of Scranton, I join people around the world in offering prayers and sympathy on the passing of Pope Emeritus Benedict XVI.

“Pope Emeritus Benedict will always be remembered as a great theologian-pope, not just because of the three encyclicals he wrote, but because of the intellectual precision he brought to all of his work, helping us to encounter God’s love and truth. For example, in Spe Salvi, (In hope we were saved), he beautifully stated that God is our foundation of hope, and it is his love alone that gives us the possibility of soberly persevering day by day.

“In addition to being a strong supporter of the Church in America, Benedict truly believed in fostering Christian unity as a fundamental priority of the worldwide Church. From dialoging with Lutherans to his work with Anglicans, he made many efforts to see Christians fully united.

“We give thanks to the Father for the great gift of Benedict as a priest, bishop, cardinal and Successor to Saint Peter. While much has been written about his historic renunciation, Benedict’s actions showed great humility, selflessness and courage as he determined he no longer had the physical strength for the demands of the papacy.

“On a personal level, I thank Pope Emeritus Benedict XVI for the trust and confidence he had in me when appointing me the tenth bishop of the Diocese of Scranton in February 2010. I will always treasure the opportunity to witness his humanity and devotion to Christ the following year during my first ad limina visit to the Vatican.

“I ask the people of the Diocese of Scranton to offer prayers for the peaceful repose of Pope Emeritus Benedict XVI’s soul. May God grant him the gift of eternal life and bring comfort to those who mourn his passing.”

A special Diocesan Memorial Mass for the Pope Emeritus will be scheduled at the Cathedral of Saint Peter in Scranton. Bishop Bambera will be the principal celebrant and homilist. Details will be announced when they are available.