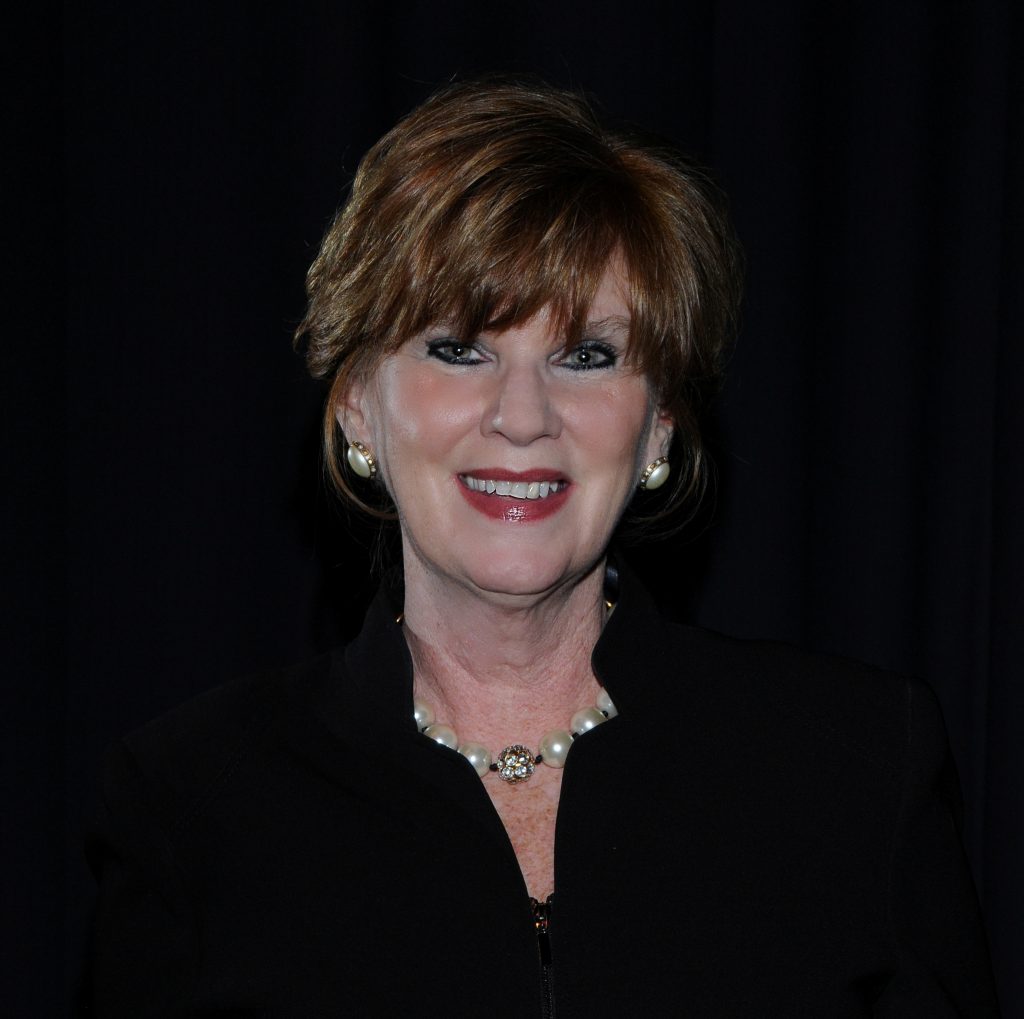 The Victim Assistance Coordinator is an integral part of the Diocese of Scranton’s Policy for the Response to Allegations of Sexual Abuse of Minors.

In her role, Mary Beth Pacuska helps people that claim to have been sexually abused by a cleric (Bishop, Priest or Deacon) when they were minors.

In an effort to help educate parishioners in the Diocese of Scranton to the resources available to them, The Catholic Light spoke with her about her role.

Q: Can you tell us about your background and how you became involved in the Diocese?

I am a registered nurse with a master’s degree in Adult Mental Health Nursing from Wilkes University.   During my studies I did an internship at the Victim’s Resource Center (VRC) in Luzerne County where I did extensive training in Sexual Assault Counseling and advocacy.   While working as Director of a school of nursing I continued to do counseling and educational outreach programs for the VRC and later served for about 10 years on their Board of Directors.  I also received certification as a Sexual Assault Nurse Examiner (SANE)/ Sexual Assault Forensic Examiner (SAFE).  Because of my interest and work with victims of sexual assault, I was asked to join the Scranton Diocesan Review Board where I and members of the community and clergy reviewed all allegations of clergy sexual abuse and would make recommendations as to the disposition of the cases.  After several years on the Review Board the position of Victims Assistance Coordinator became available and it was offered to me.

Q: When a potential victim contacts either you or the Diocese, how do you respond?

Most victims contact me directly by phone and occasionally those who call the Diocese offices are referred to me.  I am working from home so if possible, I try to answer the phone as calls come in but if not, I will return the call as soon as I can speak confidentially.   In speaking to the victims. I have found each contact to be a little different.  In some cases, I may have a very emotional victim who needs someone to listen to them and validate their feelings. If that’s the case we usually talk a little bit before we get into the specifics, I usually let the Victim lead the way.  Other Victim’s don’t know where to begin and it sometimes helps if I lead the conversation by asking some simple questions.  We eventually get around to the demographics such as address, phone number etc.    After I take the Victims report of abuse, we often talk a bit and I find it most helpful as they just need to be heard and believed.  Counseling services are offered to all Victims and costs are covered by the Diocese.  If they are interested in these services, I assist them in finding counselors and help to set up Diocese payment.  We also discuss the reporting protocol for the Diocese of Scranton. If this is a current case of abuse, my first report is always to Monsignor Thomas Muldowney, Vicar General and Moderator of the Curia who will contact the authorities and take appropriate action to remove the priest from service.   However, all victims who were minors at the time of abuse must be reported to the Pennsylvania Childline and the District Attorney’s office in the county which the abuse occurred in.

Finally, I explain the Victim’s Compensation plan and how they can get access to the information to make a report.  If the Victim has no further questions, we usually end with assurance that I will be available to them should they have any further concerns or questions or just need to talk.

Q: In light of the Grand Jury report released last August, which detailed short-comings in child protection from decades ago, do you feel our current policies and procedures are appropriate?

I do!  We have come such a long way in the protection of our children.  The Diocese of Scranton is requiring VIRTUS training for all adults who will have any contact with children.  The VIRTUS training was created by the National Risk Retention Group in the United States and is primarily meant to be proactive in preventing abuse by teaching the warning signs of abuse, controlling access to children, monitoring programs with children, being aware of child behaviors and communicating concerns.  This training is part of our Safe Environment Children’s Program for students in K-12th grade.  Also, all employees and volunteers of the Diocese who have direct interaction with children must have a Pennsylvania State Police clearance, Child Abuse History certification, and FBI clearance. These policies and procedures have had a major impact on the safety of our children.  I also think the Diocese policy of complete transparency has had a powerful effect on giving credence to the Victims reports of abuse.  One of the saddest things I hear from our victims is that no one believed them, including family members, and they felt so betrayed and guilty.  Now that the Diocese reports all cases of abuse and makes public the allegations against a clergy member it gives credibility to anyone who reports.

Q: What can parishioners do to help prevent the physical or sexual abuse of children? Are there physical or behavioral signs people can look out for?

Parishioners can certainly help by making sure children are never put in a situation where abuse can occur.  This is not just in the case of clergy abuse but in any situation such as school events, sports, youth clubs or anywhere they may be vulnerable to a predator they should not be left alone.  Also, if you see or hear of a child being abused, please report it.  Many of us have occupations which make us mandated reporters, but anyone can and should report any possible abuse.   Reports can be made to Children and Youth or ChildLine of Pennsylvania or to your local or State Police.

Because of the many types of abuse, there are different signs.  Bruising, and any unexplained injuries, burns (particularly cigarette burns), multiple injuries at various stages of healing, and injury marks with a pattern like a hand or belt are common signs of physical abuse.  These children will shy away from any touch and will wear weather inappropriate clothing to cover up bruises. They may appear withdrawn and distant to adults and other children.  Signs of sexual abuse include avoidance of a certain person, bloody or torn underwear, bruising or bleeding around genitals, signs of sexually transmitted diseases, pregnancy especially under age 14, running away from home, changes in moods and behaviors. The behavioral changes may include withdrawal or acting out, grades dropping in school, low self-esteem and depression, frequent headaches and stomach aches and delays in speech, learning and emotional maturity.  One of the key signs of sexual abuse in young children is sexual activity or knowledge that they are too young to know about.

As a mother of three and grandmother of five with one more on the way, I am devastated about the incredibly high incidence of child abuse in our society and passionate about preventing it.  I believe the Diocese of Scranton has made great strides in the protection of children and in the care of those who have suffered.  I am proud of our accomplishments but know we must continue to be vigilant in order to prevent any further abuses.

Protecting God’s Children
Our Love for Our Children is Infinite, So Should Our Diligence Be

If there was ever a question about whether the policies and procedures put in place to safeguard children are working, you only need to ask Frances Peters, secretary at the Parish of Blessed Virgin Mary, Queen of Peace in Hawley.

“We have two volunteers that I know of that have both stepped up because of the mandated reporting and the predators are in jail and the children are now thriving,” Peters said.

Besides helping to protect children on church property, Peters says the training that parish volunteers receive has clearly extended to all aspects of the community.

“We are all morally mandated to be reporters,” Peters said.

When Father Richard W. Beck became pastor of the Wayne County church community nearly 15 years ago, he recognized protecting children was a priority.

“We first started training with the teachers, which should be the most obvious place and worked our way through,” Father Beck said.

At this time, every adult who wants to volunteer in the parish must undergo mandatory background checks and training. That includes people you might not normally expect, like ushers and Eucharistic ministers.

“We all need to learn that protecting people requires greater effort than just showing up and saying I’m a good volunteer,” Father Beck said.

The Parish of Blessed Virgin Mary, Queen of Peace currently has about 105 volunteers. Most are in full compliance with their background checks but there are still a handful going through the process.

The Hawley church is one of the Diocese’s 118 parishes that have mandatory requirements for any employees or volunteers who are expected to interact with children.

At the Parish of Blessed Virgin Mary, Queen of Peace, the VIRTUS program has especially made a difference.

“Everybody needs to study and learn and re-learn and review,” Father Beck said.

Father Beck says the VIRTUS program helps volunteers understand they should never put themselves in a situation that could even be considered suspicious.

“Right now, the Catholic Church has two big black eyes on it and that’s another reason we have to turn this around. We’re going to have to go way beyond to get them (the community) to understand that,” Father Beck said.

As compliance officer for her church, Frances Peters says she has even been put in potentially awkward situations.

“I was substituting for kindergarten one time, for a kindergarten class here, and a little boy came out of the bathroom and asked me to help him with his belt because he couldn’t open up his belt. What an innocent thing for a little child to ask. Not for me. I had to have another adult come over and take care of it with two of us because that was a bad position to be in,” Peters said.

The Hawley church makes all of its volunteers go through background checks and training, regardless of whether they have direct contact with children, because each person could be viewed as a role model to a child.

Take for instance a parish council member, who is designated in the parish by wearing a special pin.

“Just reading the newspaper, there are three, four, five, six times each week in Wayne, Pike and Lackawanna Counties that people are getting in trouble,” Father Beck said.

Now, most people in the Wayne County church community understand what is expected.

“It has been fabulous. People now come into volunteer and they’ve already started doing their background checks. They’re ready to take the classes they need to take!” Peters said.