Bishops: Bill would help many but its funding of abortion is ‘unacceptable’

Home / 2021 News / Bishops: Bill would help many but its funding of abortion is ‘unacceptable’ 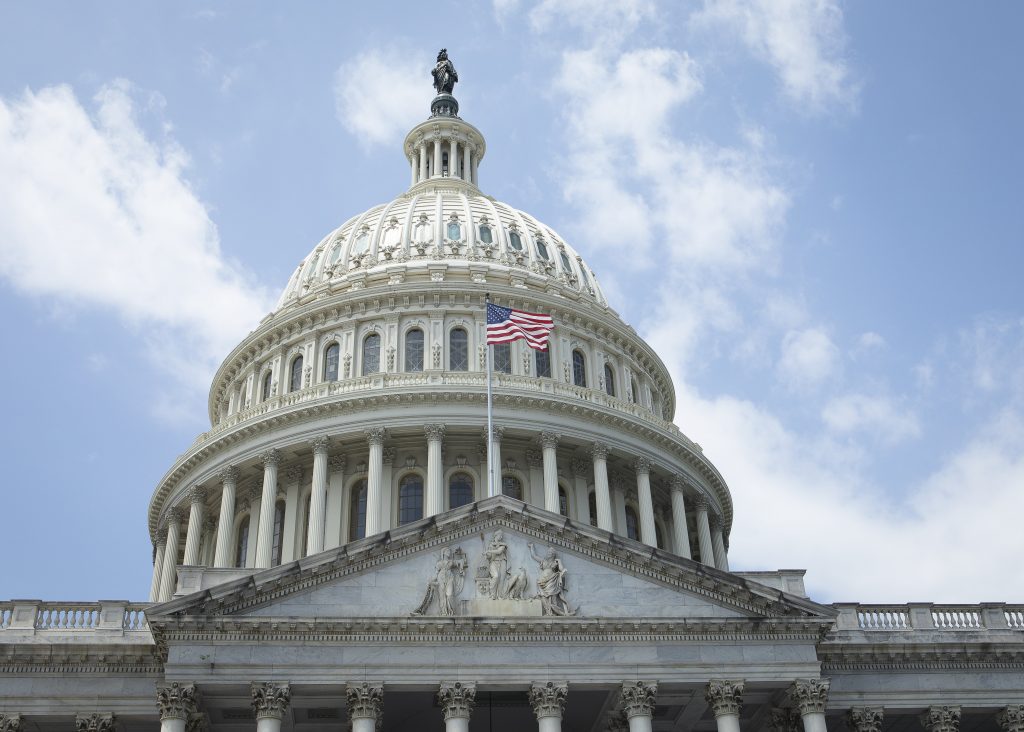 WASHINGTON (CNS) – The proposed Build Back Better Act has much-needed provisions “uplifting the common good,” but “it is completely unacceptable” the current House version of the bill “expands taxpayer funding of abortion,” the chairmen of six committees of the U.S. Conference of Catholic Bishops said Nov. 3.

“We have been consistent in our position and reiterate that it would be a calamity if the important and life-affirming provisions in this bill were accompanied by provisions facilitating and funding the destruction of unborn human life,” they wrote in a joint letter to all members of the House and Senate.

The six prelates commended “the bipartisan efforts that led to the Infrastructure Investment and Jobs Act,” which will create millions of jobs, improve global competitiveness and provide new funds for roads, bridges, the electric grid and other major projects.

The bishops also outlined their support for social policies and programs in the Build Back Better Act that would strengthen the social safety net, support workers and families, increase affordable housing, provide affordable health care coverage and protect the environment.

They renewed their requests to Congress — outlined in at least four other letters to lawmakers over the last several months — “to work together toward legislation that promotes the common good and the dignity of every person.”

The Infrastructure and Investment Jobs Act was passed by the Senate in August and awaits action in the House, whose members have refused to pass it without also holding a vote on the Build Back Better Act at the same time. The latter measure is still being negotiated in the Senate.

In addition to their opposition on abortion funding in the bill, the bishops also expressed concern about provisions that could effectively exclude faith-based providers from child care and pre-K programs.

Several provisions “do not align” with preserving religious liberty and expanding access to early childhood education, the bishops said.

“Expanded access to early child care and pre-K would be beneficial for many working families,” they said, but “current provisions to do so — in a departure from the approach in existing federal programs — explicitly make providers recipients of federal financial assistance and attach new and troubling compliance obligations.”

They also pressed Congress to include a provision in the Build Back Better bill that would provide for the full integration of people in this country without documents by legalizing their status and providing them with a pathway to citizenship.

“We strongly urge you to adopt provisions in this measure that would achieve this goal,” they wrote.

“While we remain opposed to the existence of a ‘double society,’ in the event that parliamentary constraints preclude permanent protections for the undocumented from being included in this bill,” they said, “we would affirm the value of enacting temporary protections, with the expectation that Congress will work expeditiously to enact permanent relief in subsequent legislation.”

The committee chairmen praised the Build Back Better bill’s expansion of health care coverage, which they have long supported at the federal and state levels, they said.

These provisions include the provision of health care coverage to those in the “Medicaid gap” through Affordable Care Act premium tax credits, the extension of Medicaid postpartum coverage to 12 months and other investments to address the high rates of preventable maternal deaths in the United States, and support for the Children’s Health Insurance Program, known as CHIP.

“We are pleased to see the addition of funding for training of health professionals in palliative medicine and hospice care,” they said, but they also strongly urged “the addition of language to ensure that this funding cannot be used for training or promotion of assisted suicide or euthanasia.”

Their letter concluded with reiterating the “fundamental problem” of expanded abortion funding in the measure.

This “must be remedied before the bill moves forward,” they wrote.

Editor’s Note: The full text of the bishops’ Nov. 3 letter, with links to previous USCCB committee letters to Congress, can be found at https://bit.ly/3mJKHwQ