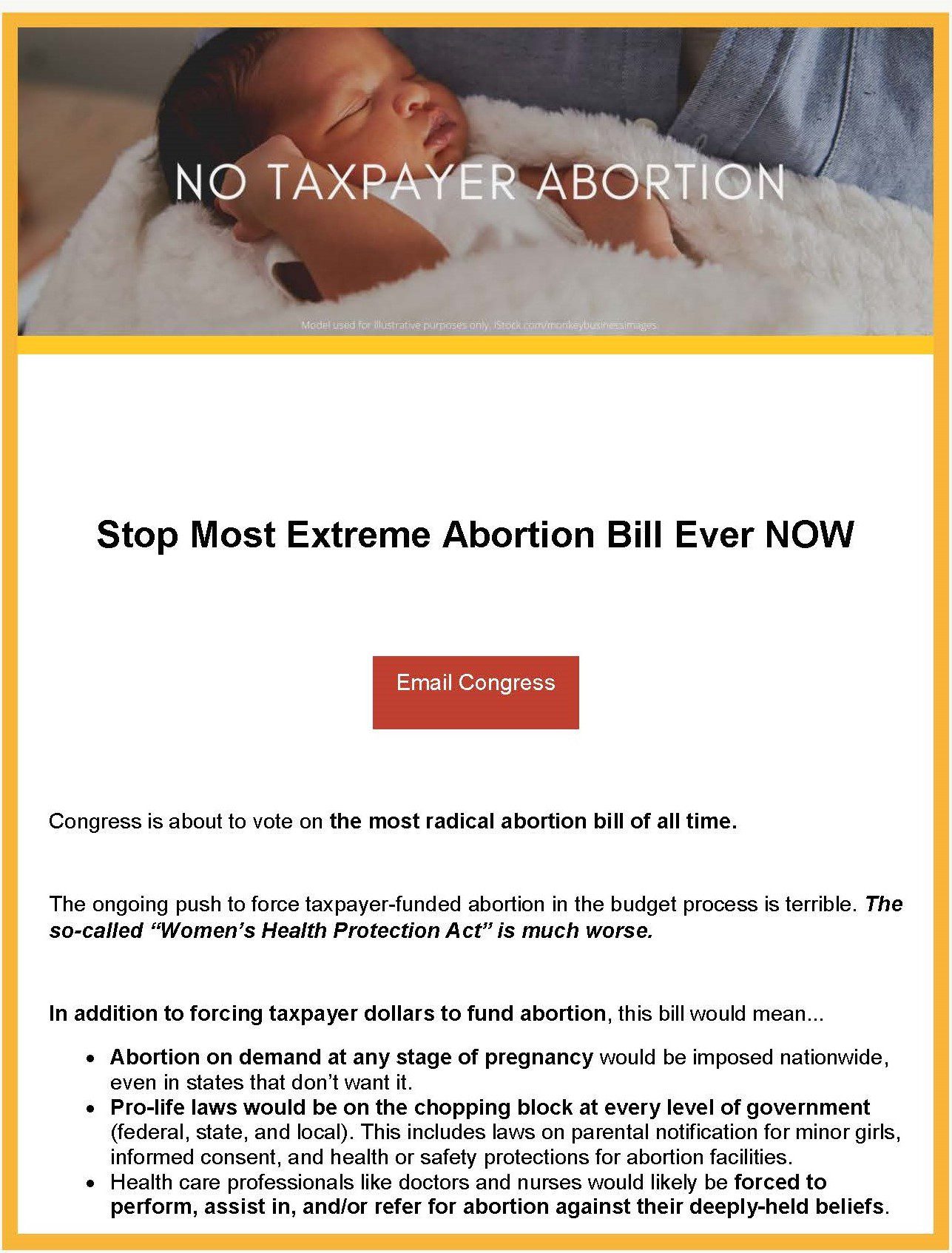 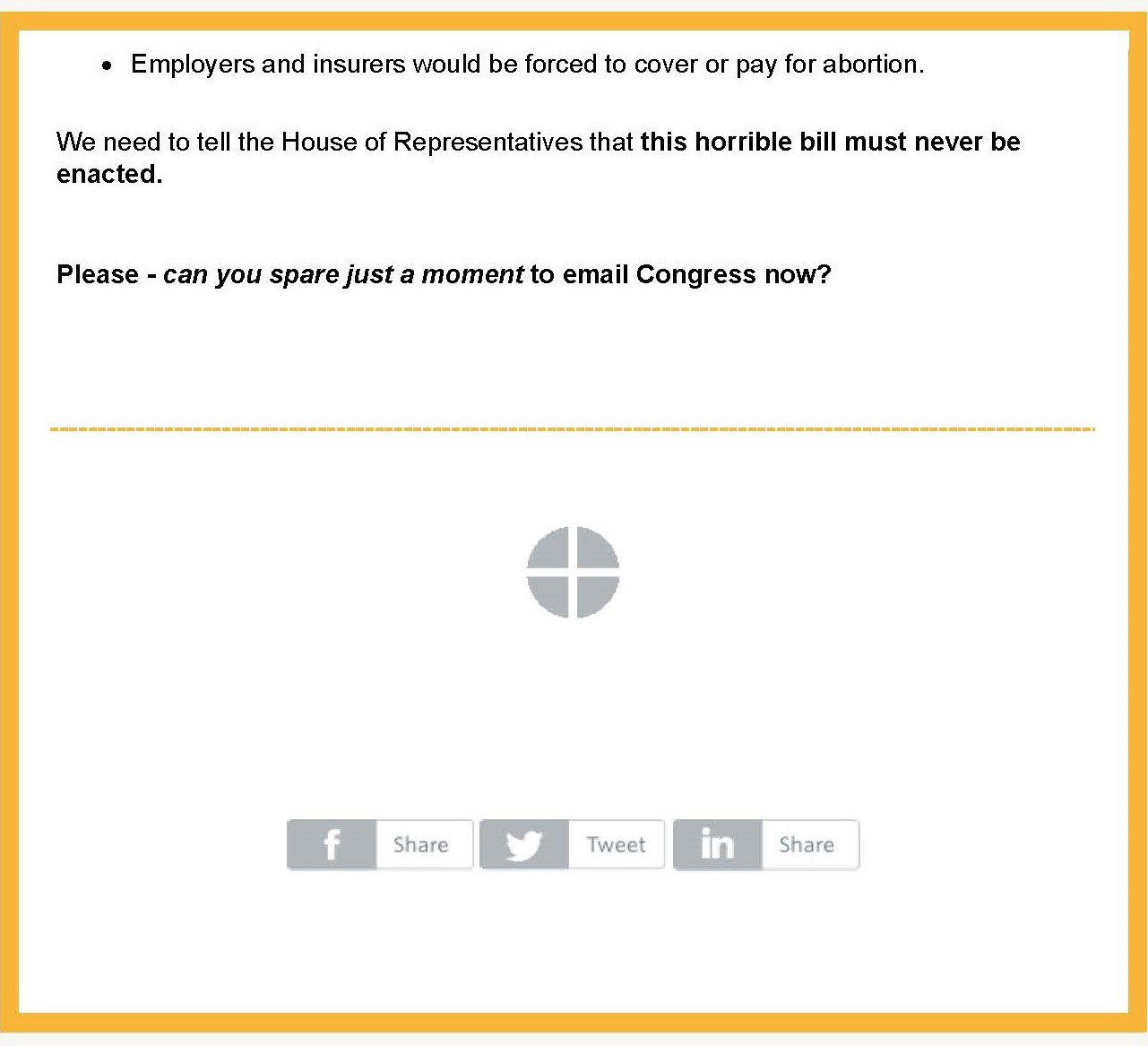 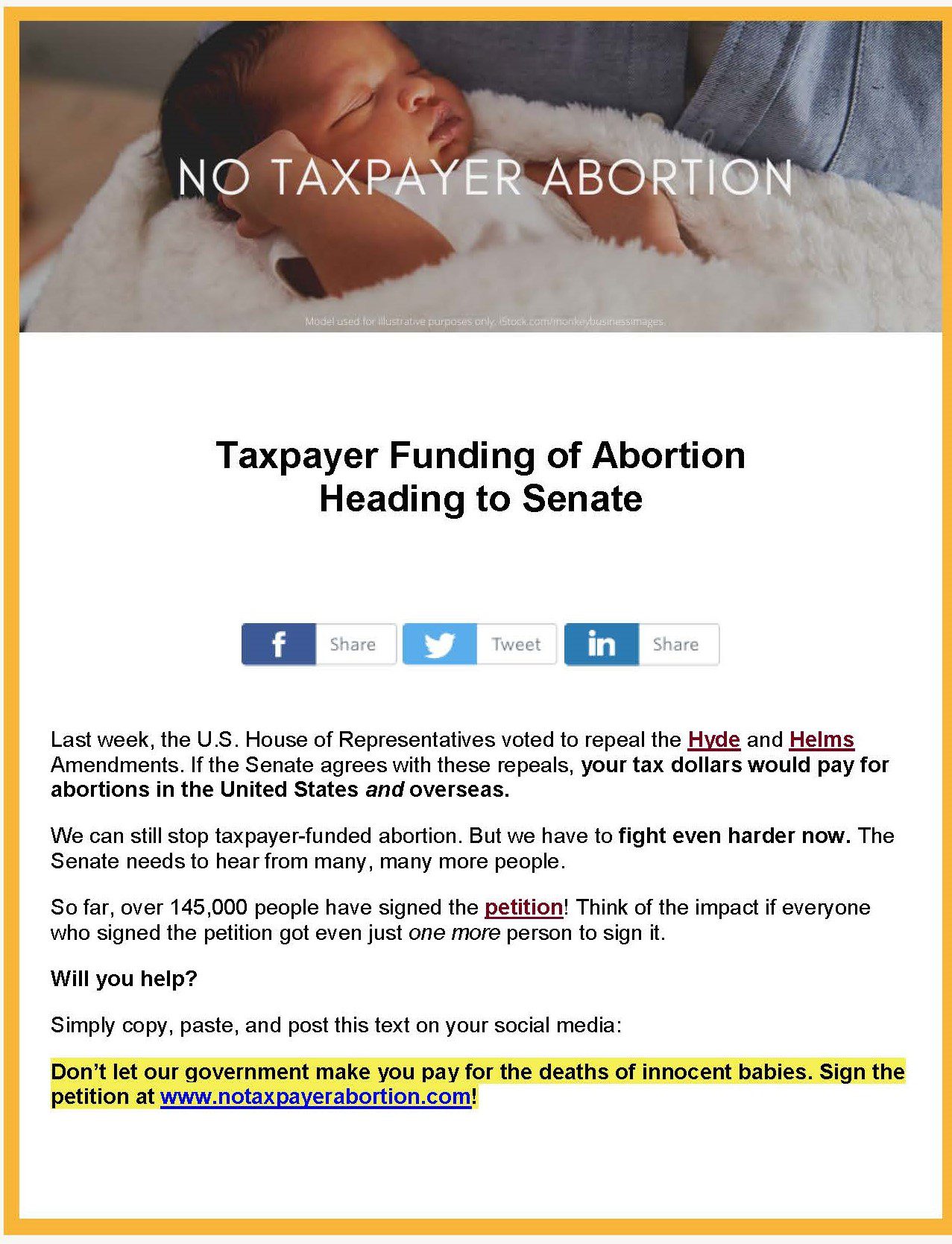 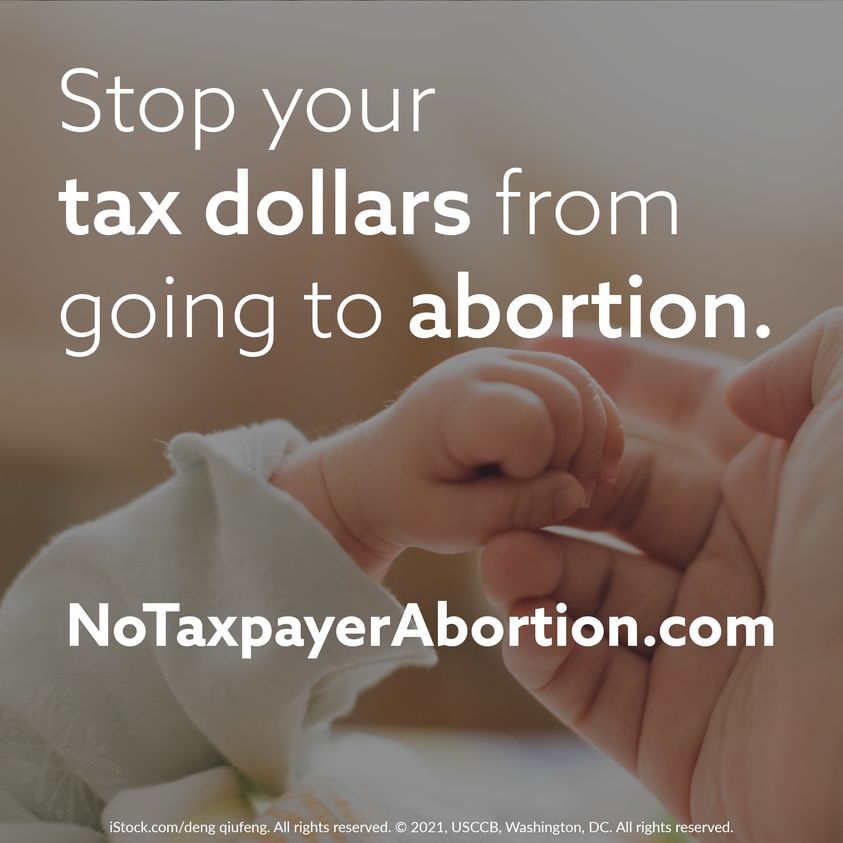 WASHINGTON – This week, the House Committee on Appropriations will mark up the Labor, Health and Human Services, Education, and Related Agencies (LHHS) appropriations bill, which currently excludes the 46-year-old Hyde Amendment and other longstanding, bipartisan provisions including the Weldon Amendment. Eliminating these provisions would force taxpayers to pay for elective abortions and force health care providers and professionals to perform and refer for abortion against their deeply-held beliefs, as well as force employers and insurers to cover and pay for abortion.

“This is the most extreme pro-abortion appropriations bill that we have seen, effectively mandating healthcare professionals to participate in abortion, and forcing American citizens to pay for abortion with their tax dollars. By eliminating the Hyde Amendment, and other Hyde-like policies, the financial fruits of Americans’ labor would advance the destruction of the smallest, most vulnerable humans. Eliminating the Weldon Amendment would be an egregious violation of conscience rights by forcing individuals and entities to perform, pay for, or otherwise participate in an abortion against their beliefs. Abortion is not healthcare nor a ‘human service’ to anyone.  Rather, abortion is inhumane.  It is a painful death to an innocent baby, and often leaves women physically harmed and emotionally devastated.

“We implore the House Committee on Appropriations to reverse course on these bills that currently expand taxpayer funding of abortion, and to restore the longstanding, bipartisan Hyde provisions and Weldon Amendment that have saved millions of lives and protected conscience rights. These bills include many other provisions and funding for critically-needed services that we support. Americans’ tax dollars should be used for the common good and welfare of all, not to finance abortion or force Americans to violate deeply-held beliefs.

“Further, we ask all Catholics and all people of good will to contact their legislators and make their voices heard. The lives of millions of vulnerable children, and the well-being of their mothers, depend on our advocacy.”

The Committee on Pro-Life Activities has sponsored a petition to legislators asking them to preserve the Hyde Amendment. All are encouraged to sign it at NoTaxpayerAbortion.com 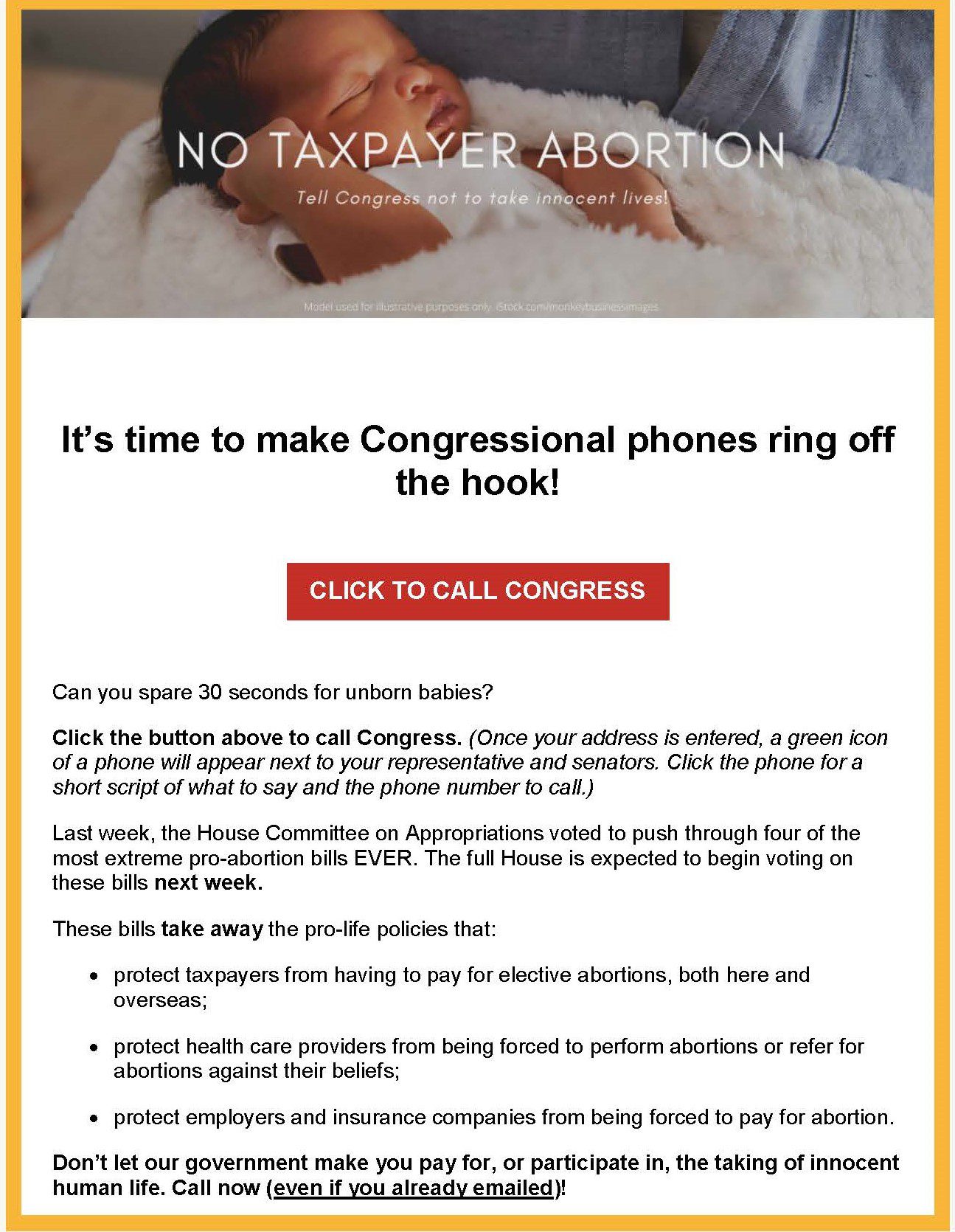