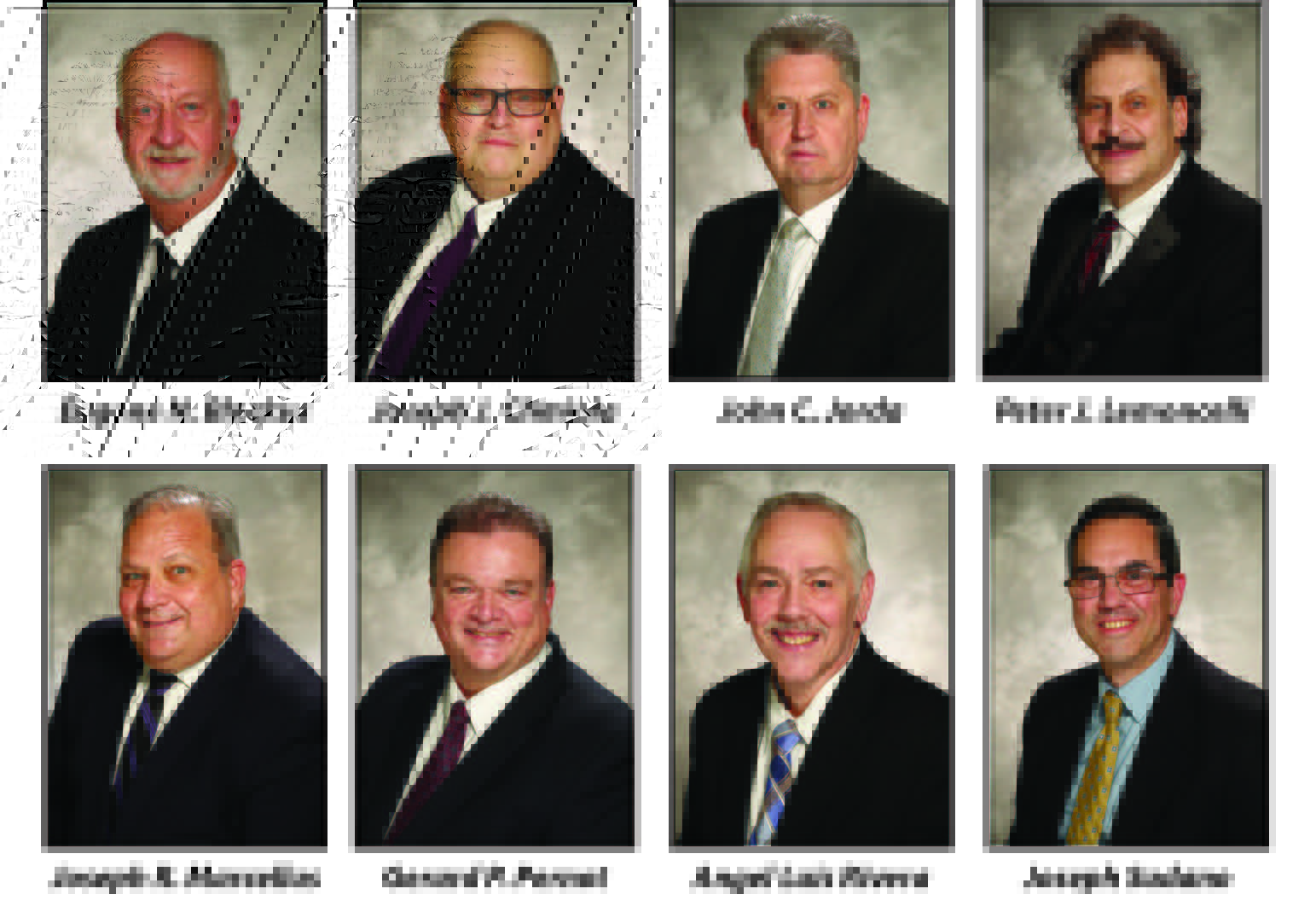 SCRANTON – Bishop Joseph C. Bambera will preside as ordaining prelate and principal celebrant on Saturday, Nov. 28, for the ordination of eight men to the Permanent Diaconate for service as permanent deacons in the Diocese of Scranton.

The newly ordained deacons will join the ranks of clergy who minister to the faithful in parishes and other settings throughout the Diocese.

These men will complete a five-year formation program and become members of the threefold ordained ministry that consists of bishops, priests and deacons.

The deacon’s service has three aspects: word, worship and charity. He can perform certain ministerial functions such as administering baptism; serving as the deacon at the Mass, including proclaiming the Gospel, preaching the homily and distributing Holy Communion; bringing viaticum to the sick; presiding at wake services, funeral liturgies and burial rites and with permission by the pastor, may celebrate the Sacrament of Matrimony.

Deacons also minister to the needs of families, single parents, students, the aged and infirmed, the imprisoned and those who suffer from poverty or addictions.

Due to COVID-19, attendance at the Mass will be limited and by invitation-only. CTV: Catholic Television of the Diocese of Scranton will broadcast the Mass live.

The following are brief biographies of the permanent deacon-candidates for ordination:

Eugene N. Blockus, 63, lives in Hunlock Creek, where he is a member of Our Lady of Mount Carmel Parish. He is married to his wife, Patricia, for 31 years and has two stepsons.

In 1998, he received his associate’s degree in applied science from LCCC and was licensed as a registered nurse.

Blockus earned his pre-hospital registered nurse certification in 2005, having served as an ALS responder for Mercy Health Partners, and EMT-paramedic at Bloomsburg Hospital and Wilkes-Barre Mercy Hospital, where he also served and a PCU/ER registered nurse.

During 2009-2012, the future deacon was a registered nurse for Geisinger Health System in Wilkes-Barre/Danville, and served as an emergency room nurse at Lehigh Valley Hospital, Hazleton, for five years prior to his retirement from the nursing field in 2017.

Air Force veteran Joseph J. Chmiola, 59, is a parishioner at Saint Jude Parish in Mountain Top, where he resides with his wife of 18 years, Cecelia.

The 1979 graduate of Meyers High School, Wilkes-Barre, earned his bachelor’s degree in history in 1983 from Wilkes University, followed by his teacher’s certification in 1986. He received his master’s degree in secondary education/history from Wilkes in 1995 and an administrative certificate in education from Temple University in Philadelphia in 1998.

Chmiola retired after serving for 30 years on the faculty at Crestwood High School, Mountain Top, as a social studies teacher.

A resident of Dallas, where he is a member of Gate of Heaven Parish and Our Lady of Victory Parish, Harveys Lake, John C. Jorda, 59, is the father of two sons.

He graduated from Bishop O’Reilly High School in Kingston in 1979, after which he received his municipal police officer training certification from the Pennsylvania State Police in 1989.

The deacon-candidate retired in July 2011 as captain of detectives for the Municipality of Kingston Police Department. He would later serve as operations manager in the Safety & Security Department at Misericordia University, Dallas, retiring in August.

Peter J. Lemoncelli, 66, is a parishioner at the Basilica of Saint Ann in West Scranton and resides in Hughestown with his wife, Lorine. The couple has been married for 33 years and are the parents of two children.

After graduating from Lakeland High School in Jermyn in 1972, Lemoncelli earned an associate’s degree in business from Penn State University. He received his bachelor’s degree from The University of Scranton, where he was awarded his M.B.A. degree in 1978.

The future deacon is retired from the United States Postal Service following a 36-year career in the statistical programs division.

Deacon-candidate Joseph R. Marcellus, 60, and his wife of 12 years, Terri, reside in the community of Lake Ariel, where they belong to the Parish of Saint Thomas More.

A 1978 graduate of Wilson High School in Easton, Marcellus earned his bachelor’s degree in architecture from Syracuse University in 1986.

He currently serves in a principal position with BDA Architects, an architectural/interior design firm in Clarks Summit.

Gerard P. Pernot, 58, and his wife, Patricia, have been married for 31 years and have three children. They are residents of Duryea and members of Nativity of Our Lord Parish in the borough.

The deacon-candidate is a 1979 graduate of Pittston Area High School and received his associate’s degree in banking from Luzerne County Community College in 1984.

Future deacon and East Stroudsburg resident Angel Luis Rivera, 56, and his wife, Lizbeth, have three children and are parishioners at Saint Luke Parish in Stroudsburg.

He is a 1982 graduate of Luis Muñoz Rivera High School in Salinas, Puerto Rico.

Currently employed by Notre Dame High School in East Stroudsburg, Rivera received his bachelor’s degree in Spanish from the College of Mount Saint Vincent, Riverdale, N.Y., in 2002. He also earned a graduate degree in religious education and Latino studies from Fordham University in New York.

Joseph Sudano, 50, of Milford, is a member of Saint Nicholas Parish in Wilkes-Barre, where he currently serves as full-time Director of Faith Formation. He is married to his wife, Barbara, for 27 years and they are the parents of three children.

The deacon-candidate previously held a sales management position with Canon USA and was also campus minister at East Stroudsburg University.